To Market To Market (Or, Everything's Roses and Rainbows and...Coffee) 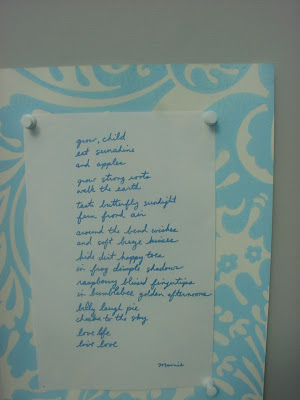 O Wow, was that ever fun!

Early this past week, when everything was still undone and the threads were not fastened and trimmed, I was having doubts. Maybe it would just be easier to sell on Etsy. Maybe I didn't have enough stuff. And the maybes fell around me, making little piles and getting in the way...

I'm happy to say, they got swept up and disposed of.

Craft fairs rock. Why? Simply because the people at craft fairs rock. And that's why it was sooooo worth it! And so, for my very first I-survived-my-first-craft-fair-wheeee! post, I'm going to say thanks to some people.

First, my very cool friend Janet, who gave up her whole day to cart my stuff around and hang out (and get me food, even though I had only had four hours of sleep and hadn't eaten and had consumed my first cup of coffee in ten years and was convinced that I could survive on craft adrenaline alone...thank goodness one of us had sense!). And hang with Safiya, and gamely try to attempt a tent set-up with a very uncooperative tent. Her yes-i-totally-get-why-you're-excited-and-i'm-excited-for-you vibe is precious like gold and clean water, and I'm just so thankful. 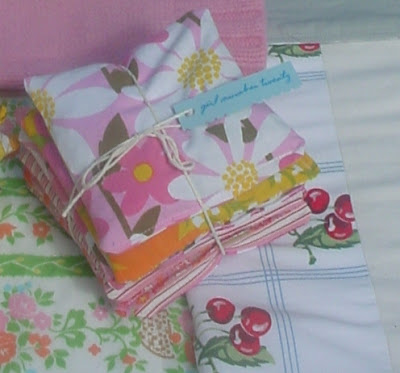 Next, the ever-patient Mr. S. who does not get the craft vibe, but does get that doing this made me happy and such, and thus wholeheartedly supported me being happy, and such. And who played with Safiya all day (who said she missed me after they went for a walk as if she'd been to the Gobi desert and back and hadn't seen me in months). 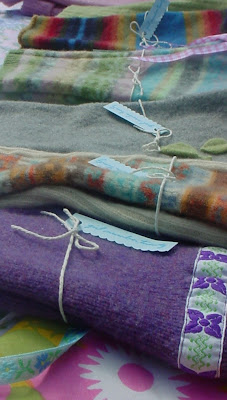 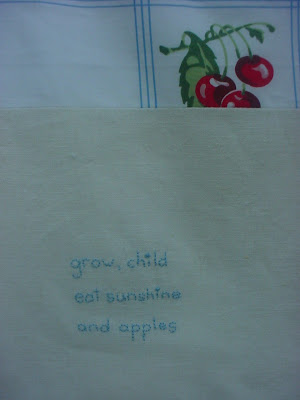 I really need to sleep somehow, so I'll save another big thanks for tomorrow's post, which will be thanks to the other cool craft vendors! What fun!
at 20:54

oh my, another simple embroidered message bringing a little tear to my eye...