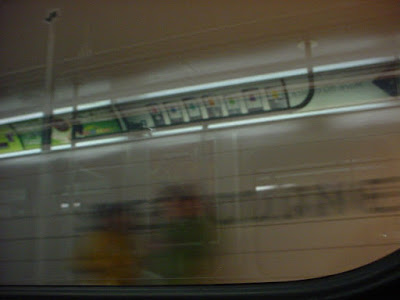 Safiya took this picture on the subway the other day. I love it.

Someone said, roughly speaking, that the "simple living" movement is a misnomer; that's it's really complex, rich, meaningful living that we're after, and that "simple" does not mean "easier". My life has certainly felt like that recently. Rich and busy since the last time I posted. So, to kind of update on at least one layer of my life:

Our neighbour removed the 10'x10' metal shed in our backyard so now Safiya has the largest sandbox (read "mudpit") ever...Hmmm, what else? I'll probably expand a lot on some of this stuff later, but since right now I'm supposed to be getting ready for the Leslieville Tree Festival tomorrow, here goes:

There was the day that my friend Katharine and I decided it was a great plan to take our four kids to the Textile Museum of Canada's annual fabric sale, walk a couple of subway stops to Royal Ontario Museum, and then top the day off with another friend's school fair (they all slept really well that night) :: 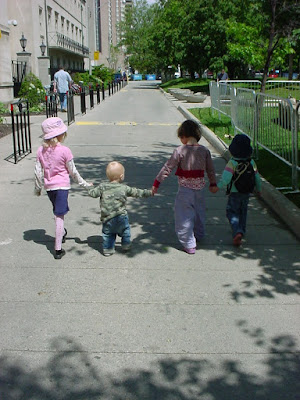 A new icecream place opened up right across from our favourite local park (bad idea, really bad idea :-) :: There's been the conflicts and dramas of childhood played out in said park, with many hugs and the stretching of confidence and bravery and the holding tight of her hand :: She had her friend over for her first sleep-over :: 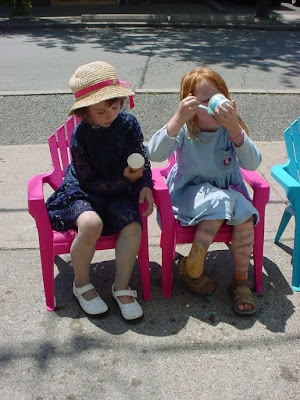 Bike Pirates is a new favourite haunt, where Safiya has handled a wrench with much frustration and little aplomb, but has made new friends and changed her first set of brakepads (I'm so so proud) :: we've got a homemade bike trailer in the works :: 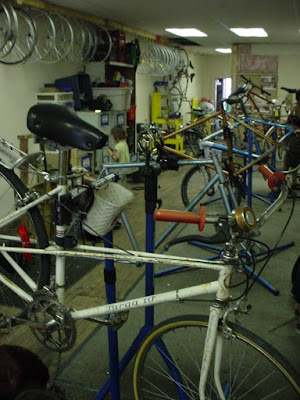 She and I went out of town with friends for a couple of days :: my good friend Lara's much anticipated baby was born, safe and sound (yay!) :: There have been visits from family, a graduation, and much last-minute house cleaning :: A rather dismal craft fair last weekend :: The farmer's markets have started up :: Music and swimming lessons have ended for the summer, and beach season has started :: 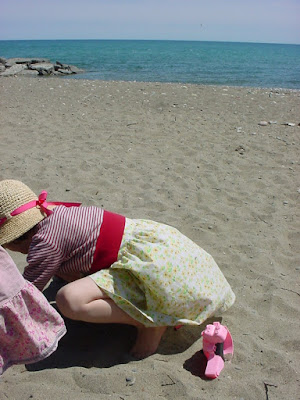 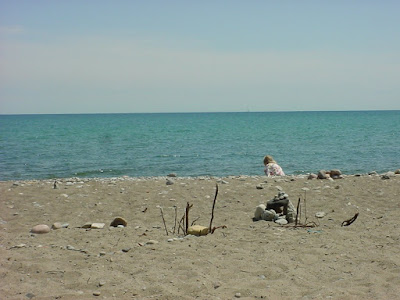 And in-between everything there are books to be read, questions about advertising on cereal boxes to be discussed, sarcasm to be discovered, popsicles to be bought with her own money, really bad jokes to be laughed at, sculptures of dinousaurs to be made, food to be made, arguments to be had, and a lot of laughing.