No Try, Only Do 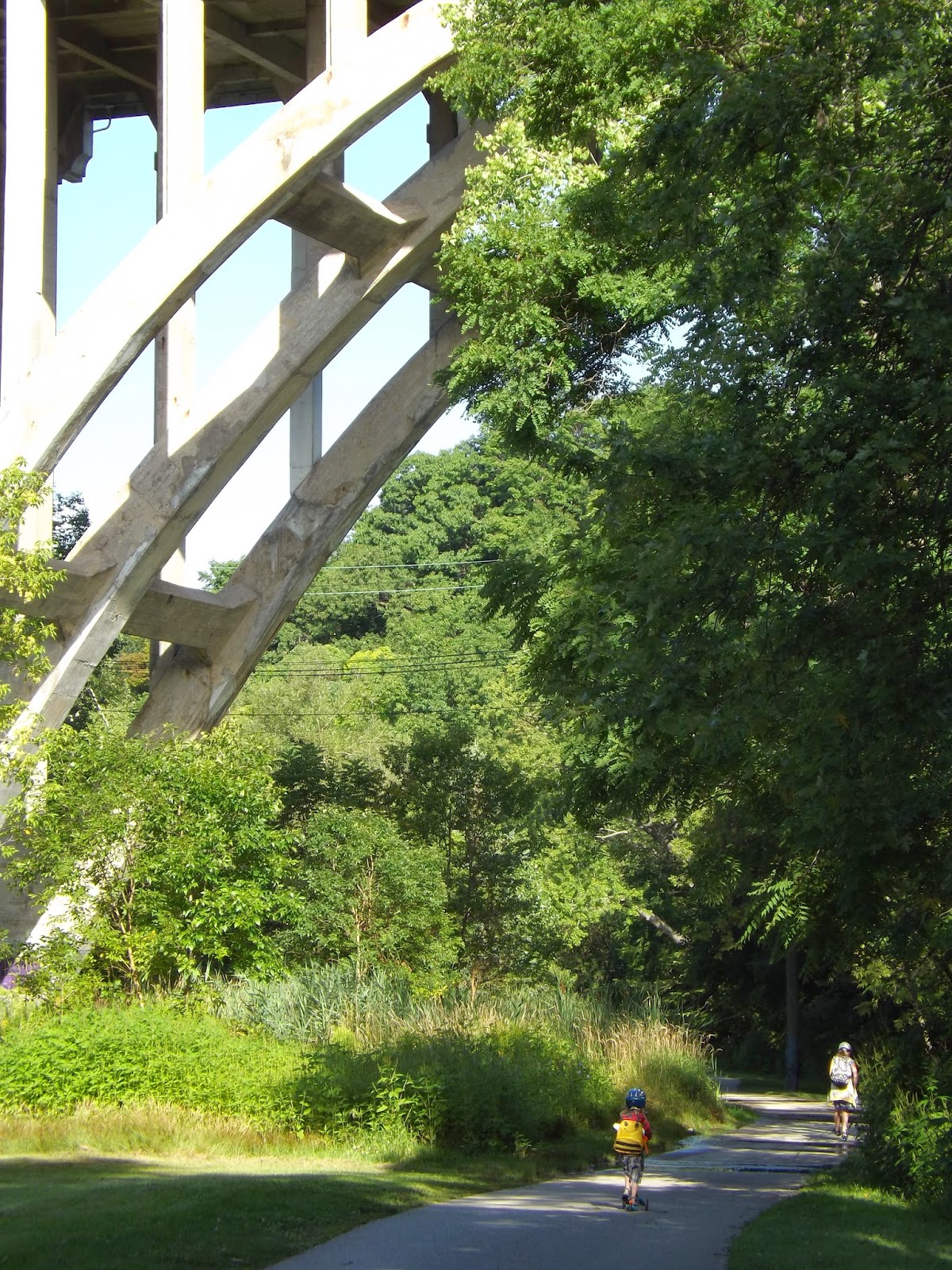 There's a quote out there that I can't place: something about "there is no now I'm ready, there is only now..."

At our house we're big fans of rumination, of reading and planning and thinking about it.  "It's something to think about.." comes out of my mouth more often than not when a plan is suggested.  Last week, however, we had a it-was-just-an-idea-but-it's-a-perfect-day-for-it-and-we've-kind-of-planned-for-it-but-not-really-oh!-here--we--go! kind of a day.

The kids grabbed their scooters and I grabbed the wagon, lots of water, and sustenance bribes (marshmallows) and we dove into a first thing in the morning scoot through Taylor Creek Park and up the Don River Recreational Trail and E.T. Seaton Park and Sunnybrook Park to meet Mr. S. for lunch (that's a lot of parks). 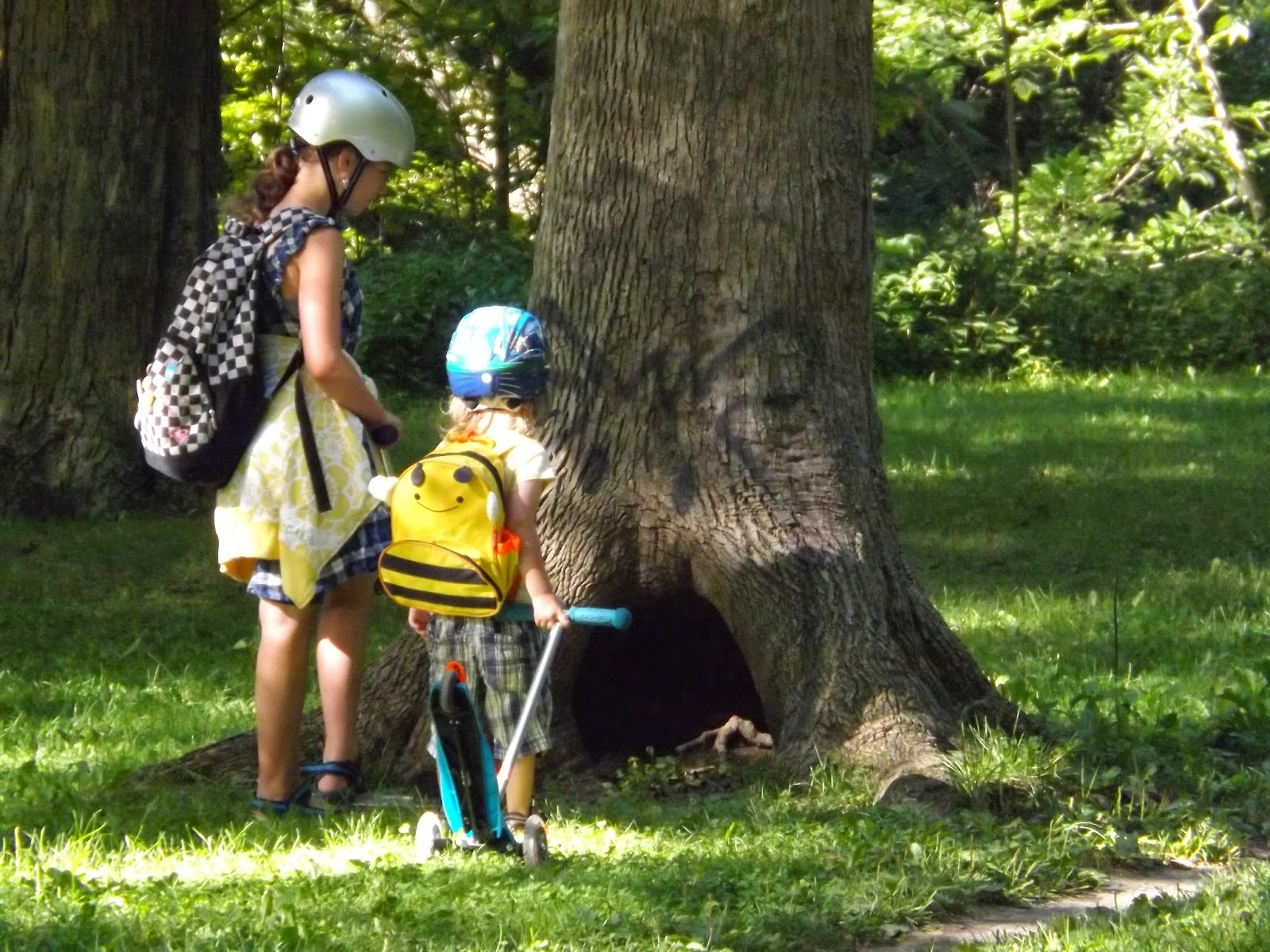 It was new.  It was glorious.  The kids were ahead of me always - I had to really move to keep up.  They discovered where Totoro lives (see pic above), saw a woodpecker, and called back to me about flowers and bridges and beautiful creeks and mysterious paths.  The weather was sunny and cool and accommodating.  Every single person who passed us passed with a smile on their face; a combination of the kind of people who frequent these trails, I think, and the sight of two children just cheerfully whizzing along. It was so rewarding to have taken a chance and been given it back in spades.  There's a whole hidden park world in Toronto that, even though we've lived in this area for eight years or so, we've never really accessed.  And the advantage of scooting for a little guy like Zinadine is that there is speed and momentum, but he is still travelling in a manner such that every so often I'd see him drop back and stop and drop to his hands and knees so he could watch a fuzzy caterpillar cross the path, gaze longingly at a sadly train-less railroad track, or chase a flock of Canada geese. 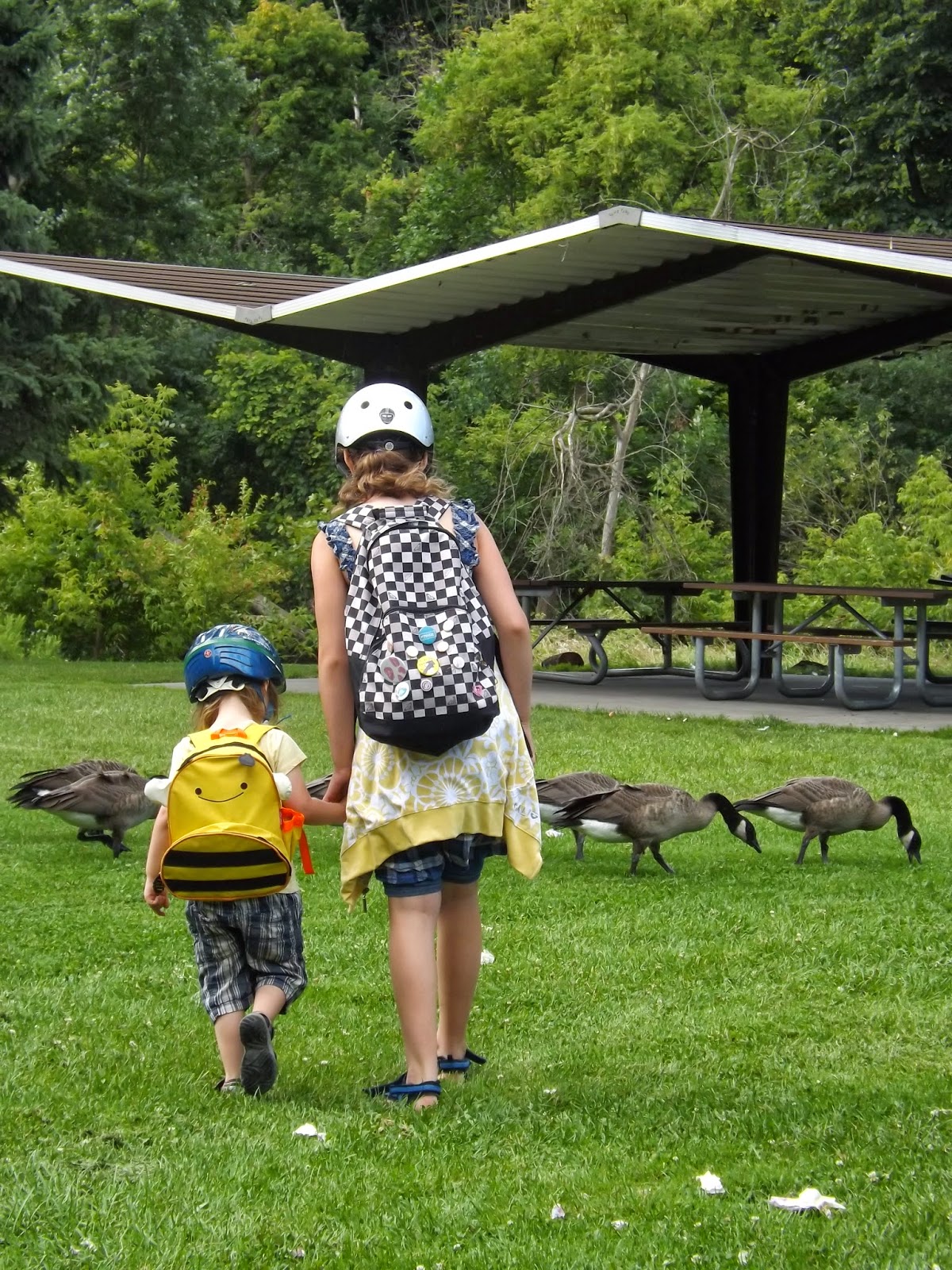 On the way we also lucked into the Toronto Archery Range, with actual people doing actual archery in it.  To a ten-year-old who is mad about achery (and who inherited a love of making bows and arrows from her friends), it was, well, let's just say her voice went up a couple of octaves; there might have been some excited young lady screeching in quiet, reverent kind of way.  And the people, of course, were lovely and had the kind of nerd-expertise that you hope to find in a place like that.  We came away feeling welcomed with some helpful hints in our heads and helpful websites in our pockets.

So, this is a narrative of a day where we took a chance and it paid off.  The kids really ran with it - all eight-ish kilometers of it.  For me, I'd forgotten what a good lot of exercise feels like.  How pleasurable it is to hit your goal, as sweaty and wild haired as that goal may be.  To be a little free in the middle of the constraints of the city and to get a more complete perspective of where we live.  To be pleasantly surprised by our environment and to have our curiosity rewarded.  To feel the benefits of a morning like that all the rest of the day and see the glow of it mirrored in the faces and moods of the kids. 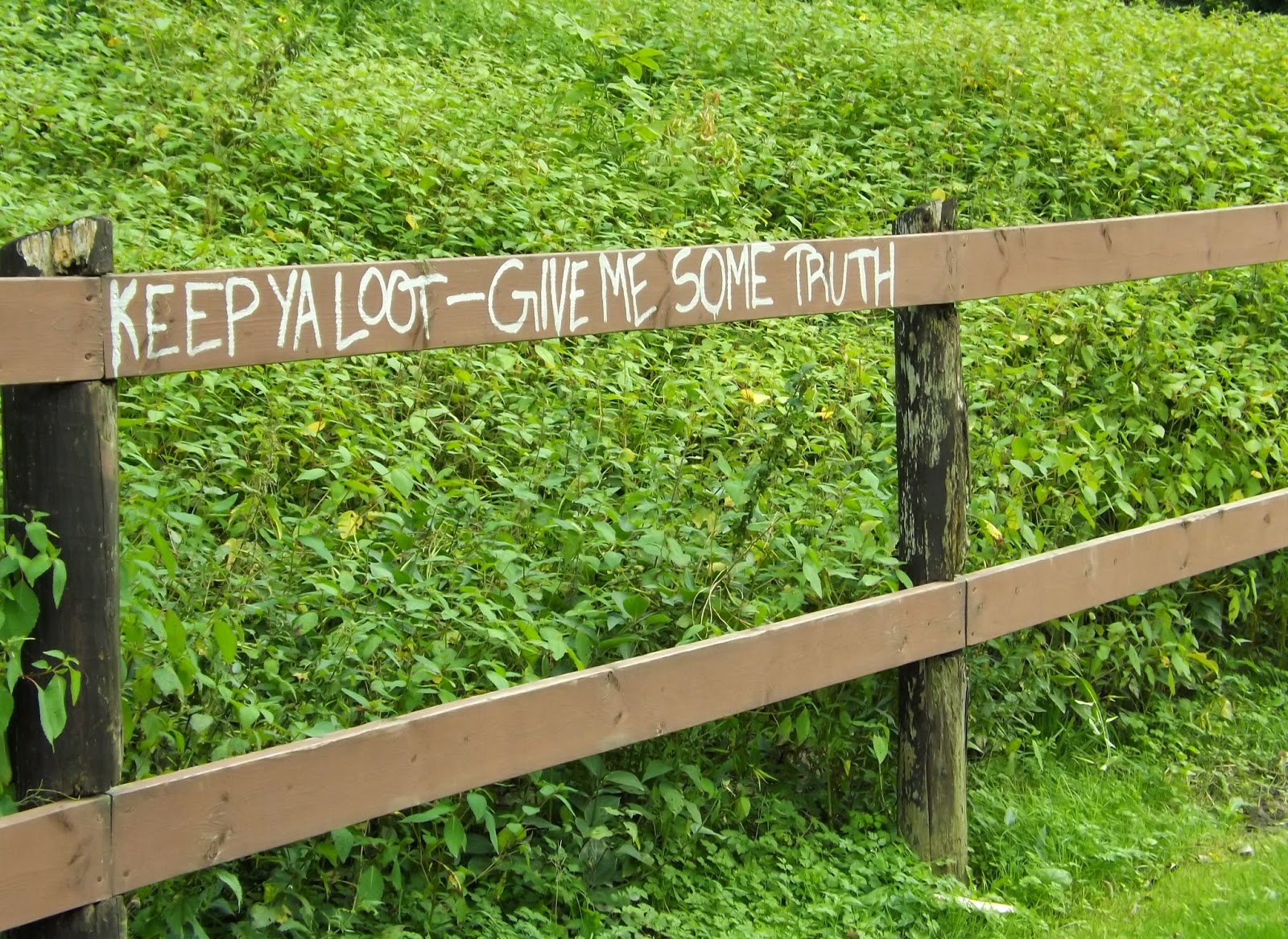 It's learned me to worry a little less about the being ready and hope a lot more for the nows. It's good to be in this space again.
at 15:17 No comments: