Oh, the Textile Museum of Canada! Their annual yardage sale is something that I've always wanted to go to, and having never been to the museum either (!), I was more than happy to drag Safiya and Mr. S. downtown this morning. (psssst they both had a great time at the museum!) 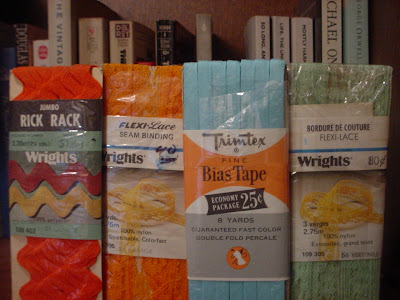 And these patterns, the first one of which I harbour no illusions about wearing as depicted in the cute illustration because on me, with my legs, instead of "summer picnic" you'd be thinking "why is that tree-stump wearing an apron?" 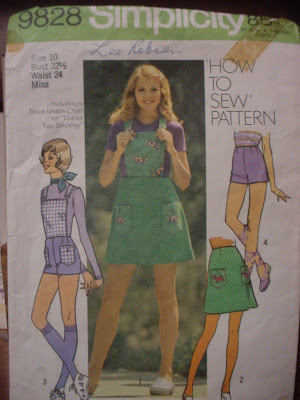 But I do love it and I may have to make it to wear over jeans or something. And then there's these: 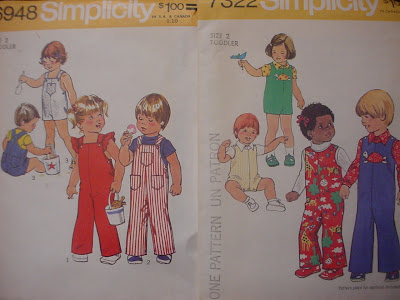 which are also too cute, but vaguely unsettling as the top left baby in both pictures looks to be under some sort of impending doom....

All frivolity aside, when I finally ventured into the museum itself, I was awestruck by the exhibition colour and light: embroidery from India and Pakistan. Granted, I have not seen a lot of textile exhibits, but this one struck me as so rich; the beauty and workmanship and ownership and depth of what is hung on those walls is wonderful to behold, and what a privilege to have seen it. Seeing works of art such as those is so humbling. The tiny amount of work that I put into my little stitches on fabric is something else entirely, which is o.k. too, because those same works are also inspiring in seeing the beauty that is possible in human hands. It's set me reflecting on art and craft again, and especially on craft heritage.

Glad you made it to the sale. We've been away since (I'll post about it later today or tomorrow) but I am eager t tuck in to my treasures this week.