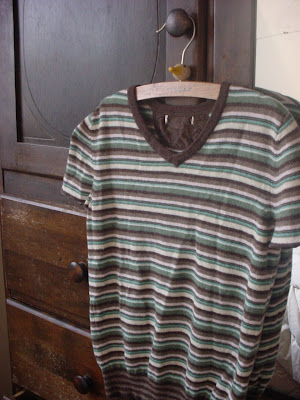 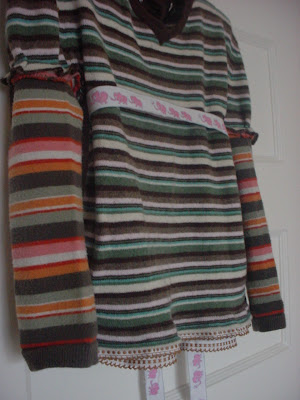 Refashioning clothing is kind of new to me as well. I mean, I've cut arms off things before (the original sweater above sacrificed its arms to make arm-warmers for Safiya), whipped up a few hems, sewed stuff for the house, but never tried to re-attach things. The ruffles on the arms above? yeah, I meant to do that...but the neat thing is it turned out better than I had envisioned! It's tricky, but very rewarding. I've been seriously considering taking the wardrobe refashion challenge, (we follow most of the "rules" anyway around here, and it looks like so much fun), but I think I'll keep my commitments manageable-ish right now.

There's so much more from this weekend's craft foray, but I'll soon swoon (I hate being under-the-weather), so I'll just leave you with this image of sweetness from our weekend jaunt in the park with friends: 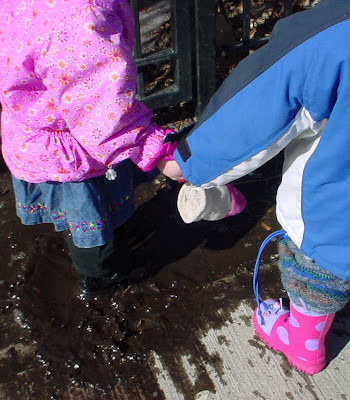 this doesn't look at all like I thought it would.
BONJOUR BRIOCHE!!!