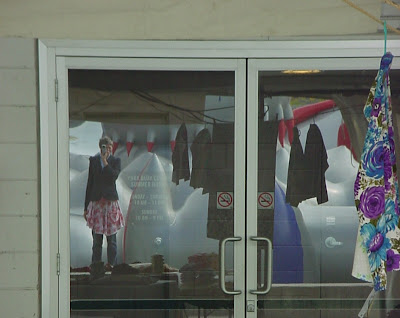 Three days of bliss. Set-up every morning. A few people walking by, more on Monday as the weather improved. And even though the lovely organiser Katharine was apologetic with regards to the lack of crowds, a lovely sentiment on her part, I was bliss-full. Safiya was as happy as a clam at high tide. There was a pond to dangle her feet in and ducks to contemplate, the HarbourKids festival had a whole room of Lego, crafts, the awesome Luminarium, and hands-on make your own claymation cartoons! She would check in, help (she's erasing pencil marks in this picture, not writing out the poem ;-), and then run off again. 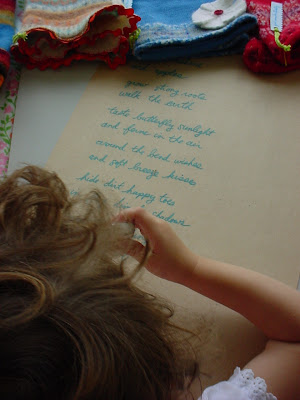 And the chocolate filling in the croissant was that the first day she got an entire Saturday with Babo AND her beloved Granny was here for two straight days. AND she hung out with her best friend L. My Mom is awesome at making up stories and the girls were fascinated: 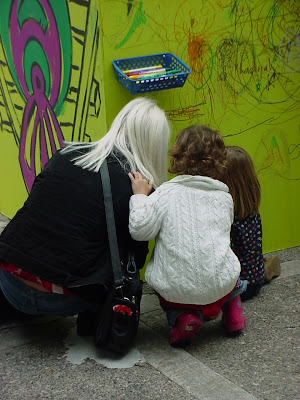 I love that L decided it would be brilliant to add some marker to my Mom's forehead. 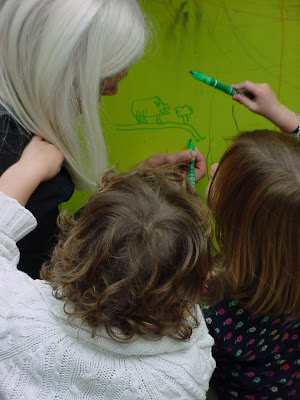 The claymation was seriously a big hit, which kind of surprised me because of Safiya's age. Which shouldn't because she's always a delightful surprise. The National Film Board Mediatheque was running workshops, which they do every weekend downtown. (Yay!) So we will definitely be dropping in to the "Can't Sit Still" workshops. The stories kept going even after the workshop was over. Here are her squirrels and little person: 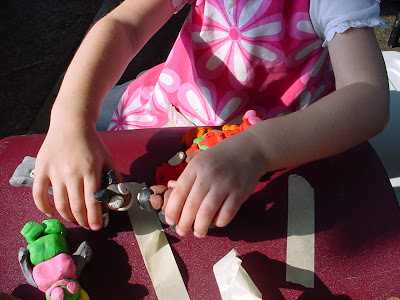 And the next day it was ducks, wearing pink umbrellas on their heads. She adopted the purple guy, who had been left behind by another group of children. Very tenderly, I'm told. He looks happy with his new family, I think. 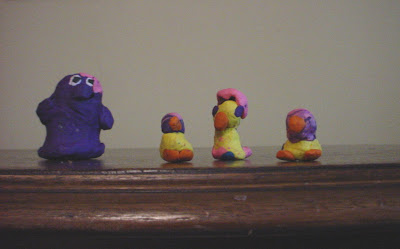 We all ate ridiculously good restaurant food (Aki Da and Trimurti if you're around these parts), stayed up far too late, and laughed....a lot. And at night I still wanted to craft. We talked and my hands were busy. This is good. Even though I was tired, I felt mentally, craftily energised. I made some great contacts, and a lot of the wares got new homes, including my favourite pair of legwarmers (I have a confession; I faked happiness at the customer's joy): 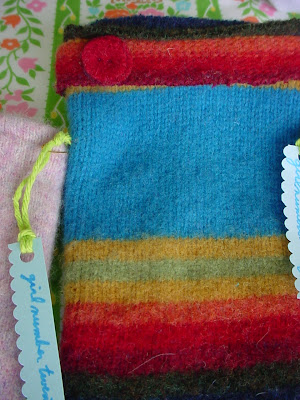 The great thing about fairs is the interaction. For example, often the legwarmers get purchased as armwarmers by older girls/women. Then someone tried on a pair as armwarmers but upside-down (although which way is up on arms?...) and she rocked and I had never thought of that before. The chatting is enjoyable, the feedback is invaluable, and more than once someone came up to me, pointed to a playcape and said, with a grin on their face, "My grandmother has sheets exactly the same as that!" Ha!

wow, sounds like so much fun. what a great way to share your talent and inspire others! -kb