How Did That Happen?

I swear I was buying them for the material! 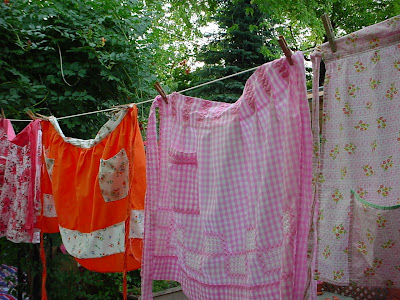 The image of the apron is so laden with distasteful sentiment - think "tied to his mother's apron-strings", or of that scourge of the earth, the happy housewife, bright smile tilted just so, that the 50's advertisements would have us believe was the only thing worth striving for as females..... 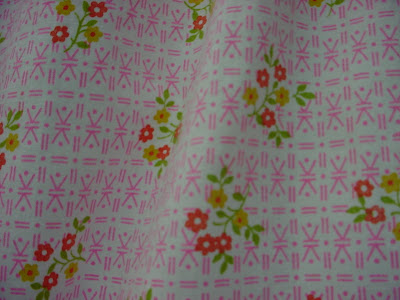 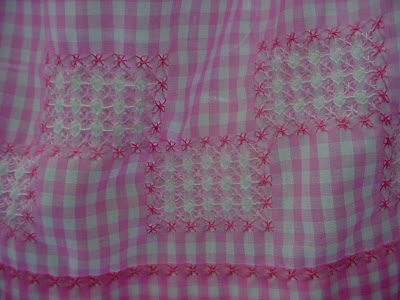 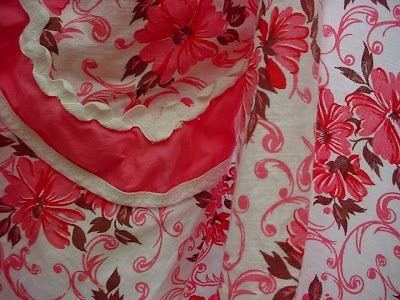 But there they were, waiting to be cut-up, when I needed something to hold my clothespins while hanging laundry. And then, oh! That's why people wore them! They're useful! For clothespins, toys collected, half-eaten food found, the cordless phone, my earrings, pieces of embroidery thread, so that my jeans have fewer layers of dirt, marker, flour, and snot on them when I run to the grocery store..... 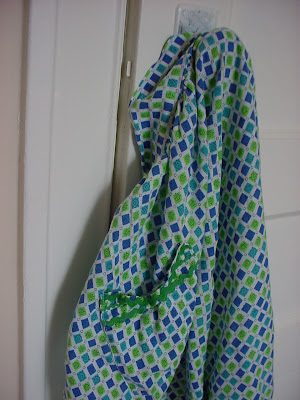 Cutting through the cultural crap and getting back to the real thing has roused in me a new reverence for these accoutrements of the household life, and like Other Useful Things (pincushions - in dire need of one; little scissors on a ribbon for around your neck when you're sewing - because I just put them down right there?....and there's more), from now on I will be more thankful for their sheer practicality.......and how pretty they are :-)

And of course no talk of aprons would be complete without mention of the apron coolness and abundance over at Angry Chicken's Tie One On!

"aprons are the new punk"

God I hope so. That would make me so much cooler.