Many times at the end of a day, there is a story or an idea or a project to share that's been percolating in my brain all day, and it comes out, practically fully-formed. It would be a good habit, I think, in the quiet of the night to go back over the day, kind of like when you came home from school and a parent would say "so, what did you learn today?"

Today. A good day. Safiya-chatter at breakfast, a trip to Value Village where we did not overspend time, valiantly trying to get her new bicycle home in the bundle-buggy on the ice after said trip, she feeding her dragons snippets of felt as I worked, the rhythm of the shears and the resistance of the felt, the smell of Vicks in steaming water as Mr. S. tries to dispel a head-cold in its vapours, discovering that I like to bake bread in the evening instead of the morning, and discovering that eating dark chocolate with homemade gingerale that is warm because the ginger tea hasn't cooled down enough is the best combination ever.

Little moments that catch you laughing, because it's always when you least expect it: 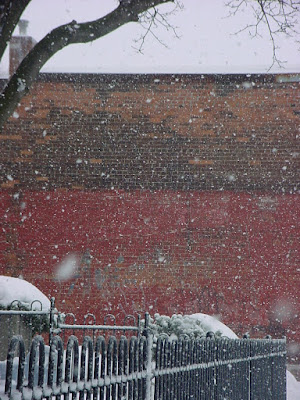 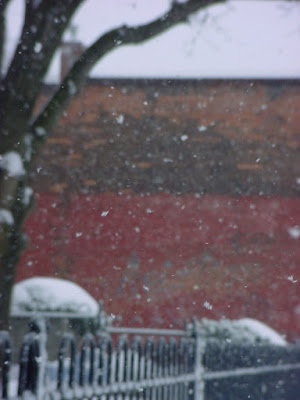 These are the good old days!

Thanks for the linky love Friday - still trying to think of things!

Wow, I love these photos!