It's All Her Fault, or, Happy Birthday Mom...

In trying to find pictures for this post, I realised that most of the pictures of my mother are now composed like this: 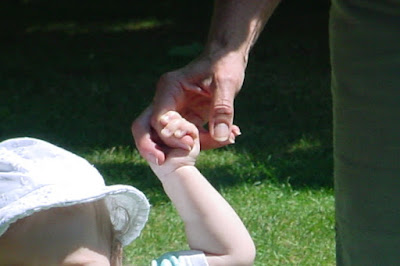 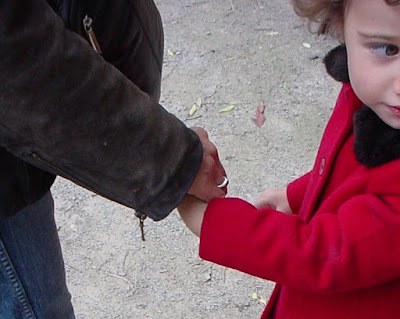 Which really doesn't do her justice, as she is a beautiful woman, and I'll have to start taking pictures of her just for her sake and not as person-most-attached-to-Safiya. But I can show you a bit of her handiwork (there's a little more here), and that reveals a lot about her. 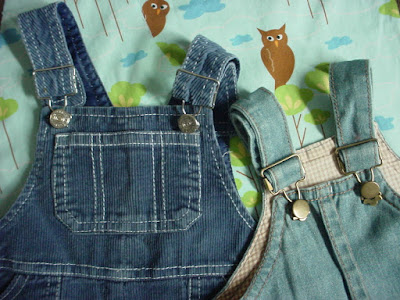 The overalls on the right are a pair that she made for Safiya (notice the gingham lining), and on the left are the pair she made for me when I was a kid and that have since survived a round with Safiya as well. I remember the sound of her sewing machine for as long as I can remember. Apparently she started with dolls' clothes when she was five, made her first suit when she was in grade eight, and when she got married, made my Dad's suits, her coats, and all of our clothes. She watched "Sewing with Nancy" and another show with an older European lady whose name eludes me, but I always thought that she could have had her own show.

They didn't have a lot of money, my parents. When a child, I must have asked for a Care Bear, because she sewed me one for my birthday. We went looking for ski jackets for a school trip and envied this spectacular jacket; the shell had a pieced sunburst pattern all across the front and back and along one of the arms (c'mon, it was the eighties :-). I remember her fingering it, looking at the lining and stating, "I can make this." And she did. And it was better than the store one. I didn't get my first store-bought dress until my high-school graduation. Although when I was a teenager, there were disadvantages to this; somehow the necklines were never as low as what we had agreed to during the fitting...

She was and is a meticulous seamstress out of love for it, but was a frugal sewer out of necessity. Sales at Fabricland were cause for celebration and always had an air of festivity to them. I remember getting lost in the bolts, in that new-fabric smell. The sparkle in her eyes when the new season of fabrics came in. And her hands, weighing notions, considering them, like fine jewels at a bazaar.

I remember the sound of her scissors on the dining room table as she cut out patterns, and I understand her concentration now. She rocked us to sleep with the sound of her sewing machine. We used to get mad when it interfered with the t.v. "Just one more seam!" we would hear from the other room.... 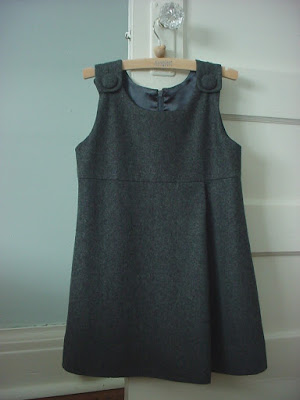 My Mom is still very young, but she's had early-onset macular degeneration for a while now, which means that the centre of her vision is blurry. She still sews, but not as furiously as she once did. There's a lot that she's passed on to me that came in the disguise of sewing; that quality is important because it lasts and so brings more pleasure, that time put in equals the quality of the product at the end, that good materials make good, that clever shortcuts are worth their weight in gold but the most valuable ones are the ones you figure out for yourself, practice really does make perfect, and that someone will look at how your seams are finished....

I can't do her justice, and there's so much more, but I'll leave it at:

wow. i think this post made me love & cherish MY mom more deeply. Thank you! Lovely tribute.

oh, wonderful mothers make my heart swell. and i love that gray jumper at the end--