Making a Decision (A Room of One's Own) 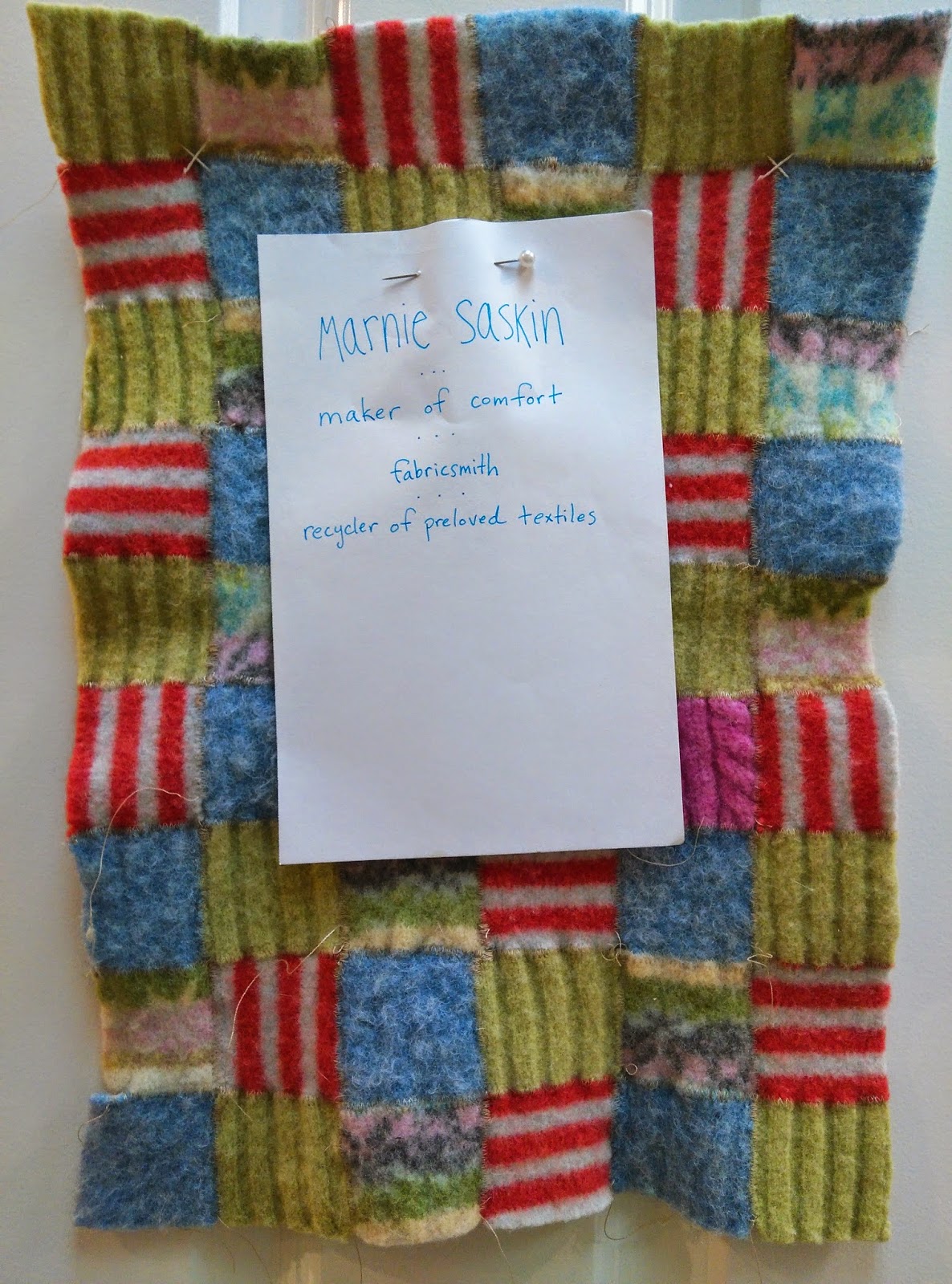 There is something about having one's own space. I've been sitting on some fun news since November-ish, mostly wanting to savour it a little and let it sink in. Also, I wasn't sure how it was going to work, how it was going to fit into the fabric of my life. So far it's fitting in fine. 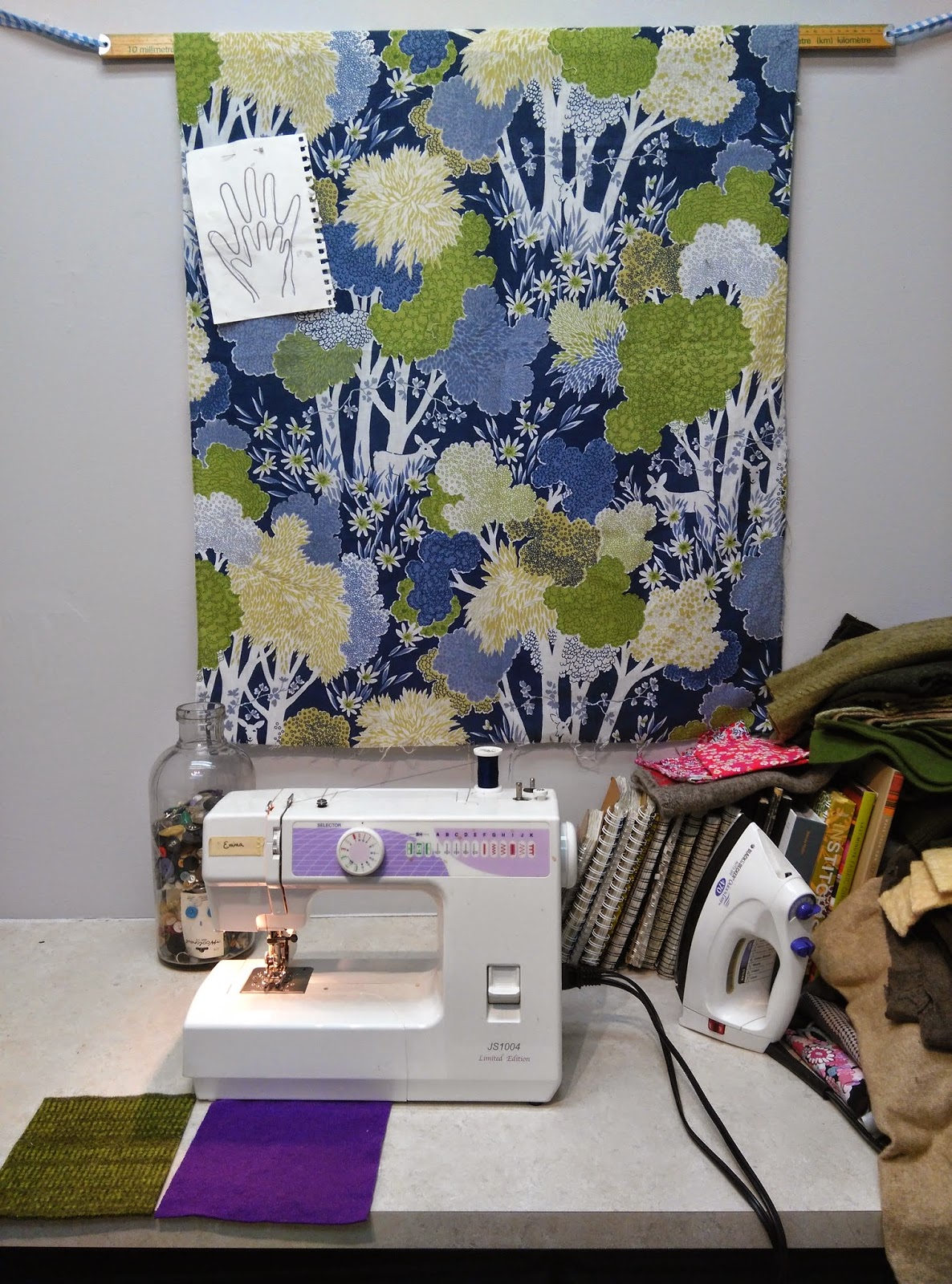 (You'll have to excuse the quality of the photos - they were taken with my phone.)

I've rented a studio space. It's really close to home - a five minute walk - at a lovely place called Artisans at Work. I took the leap one day after Mr. S. and I talked about having to redo the basement room where my studio was. Since we were probably going to renovate slowly, there was really nowhere else for all my supplies and tools in the house, and if everything was to go into storage, it would be a long period of no work/fun for me, which didn't sound appealing. I was just getting back into sewing a little more consistently. So the studio space, which had a reasonable fee, seemed like the perfect solution.

And that was my spiel to anyone who asked. Until a neighbour from down the street who is the kind of neighbour that I keep wanting to know better because she seems really interesting and her kids are lovely stopped me right in the middle of it, my spiel, and said, with a twinkle in her eye:

She said it so assuredly and pleasantly. And I found in that instant that she was right. It is an odd revelation to have at forty, but a nice one. 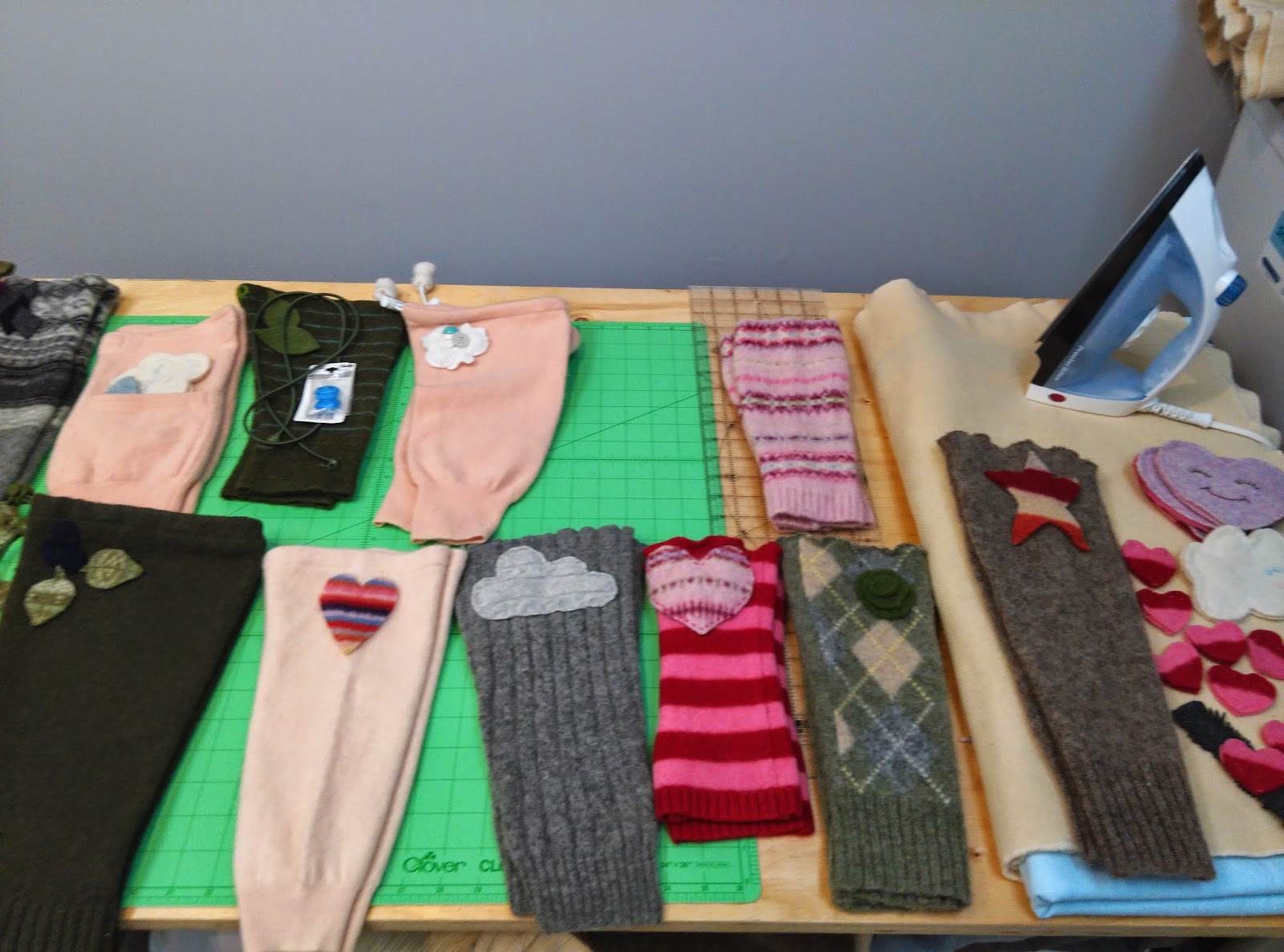 So I've been slowly moving everything over, slowly settling into a commitment to myself and carving out time. It's lovely and so very different than having a studio at home. I was never ungrateful to have that space, but here I can close the door, walk away, and when I return everything is exactly as it was when I left. Not pushed to one side. Not covered in items hastily hidden because visitors were coming. And no spiders :) 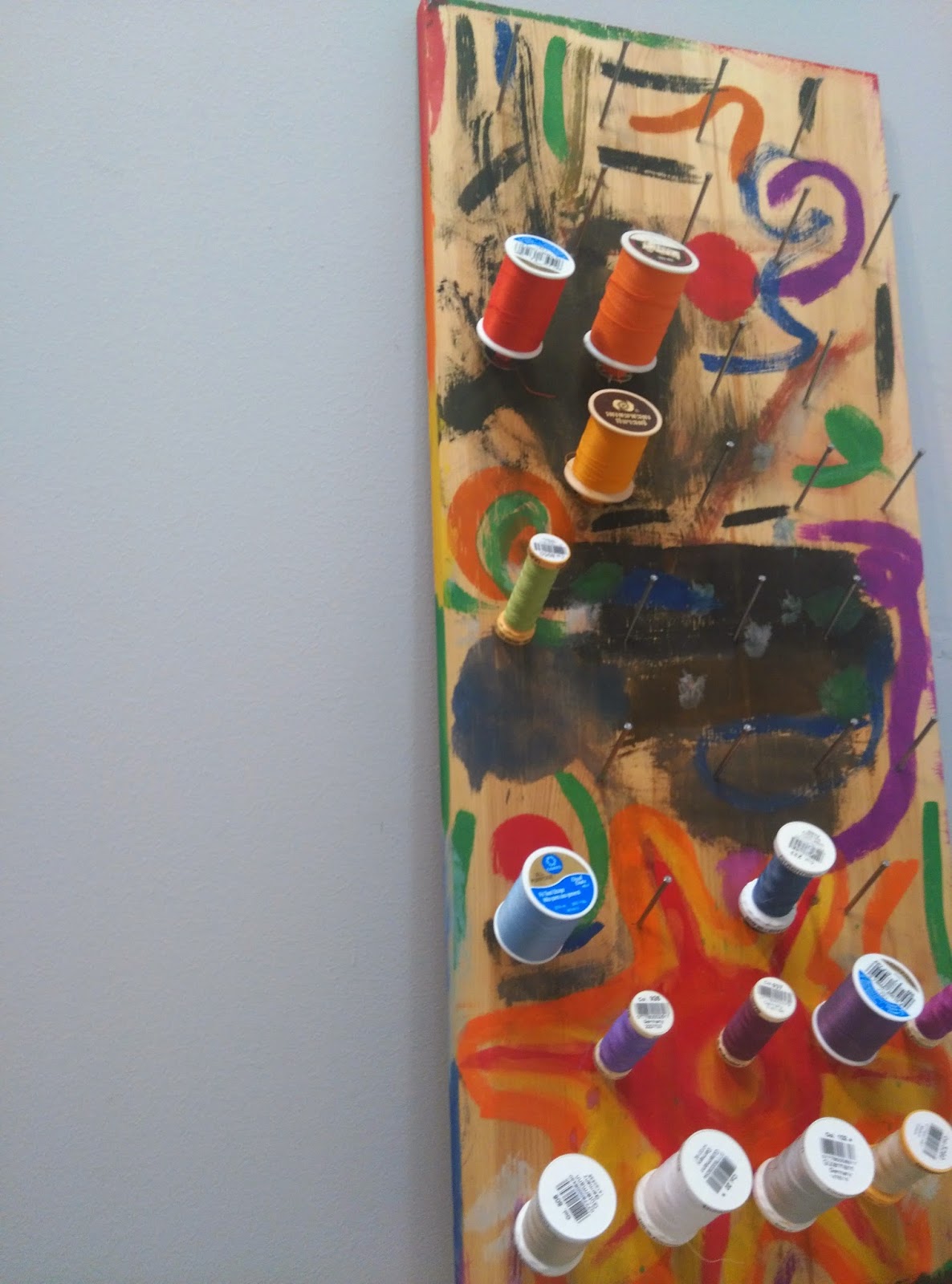 And I'm really pleased with the kids getting the opportunity to see me work outside the house. They made me the awesome spool holder in the picture above for Solstice. Zinadine has come to accept the studio as part of what we do and understand that sometimes I'm just there, away from him. Safiya is a little excited, I think, because she loves the selling of things that people make and has come along with me a couple of times to hang out. In fact Tara, who owns the shop, has been very welcoming of the kids, very accommodating of the noise of the sewing machine (which isn't that bad with my door closed), very adamant that it's supposed to be artisans at work, with all that that entails.

And Mr. S. covers. He does all the things that need doing and when I hem and haw about if I should come home yet, every time he says, "It's o.k., everything's fine here. Just let me know when you're coming home."

It's humbling and exciting and really, I've been jumping up and down this whole time :)