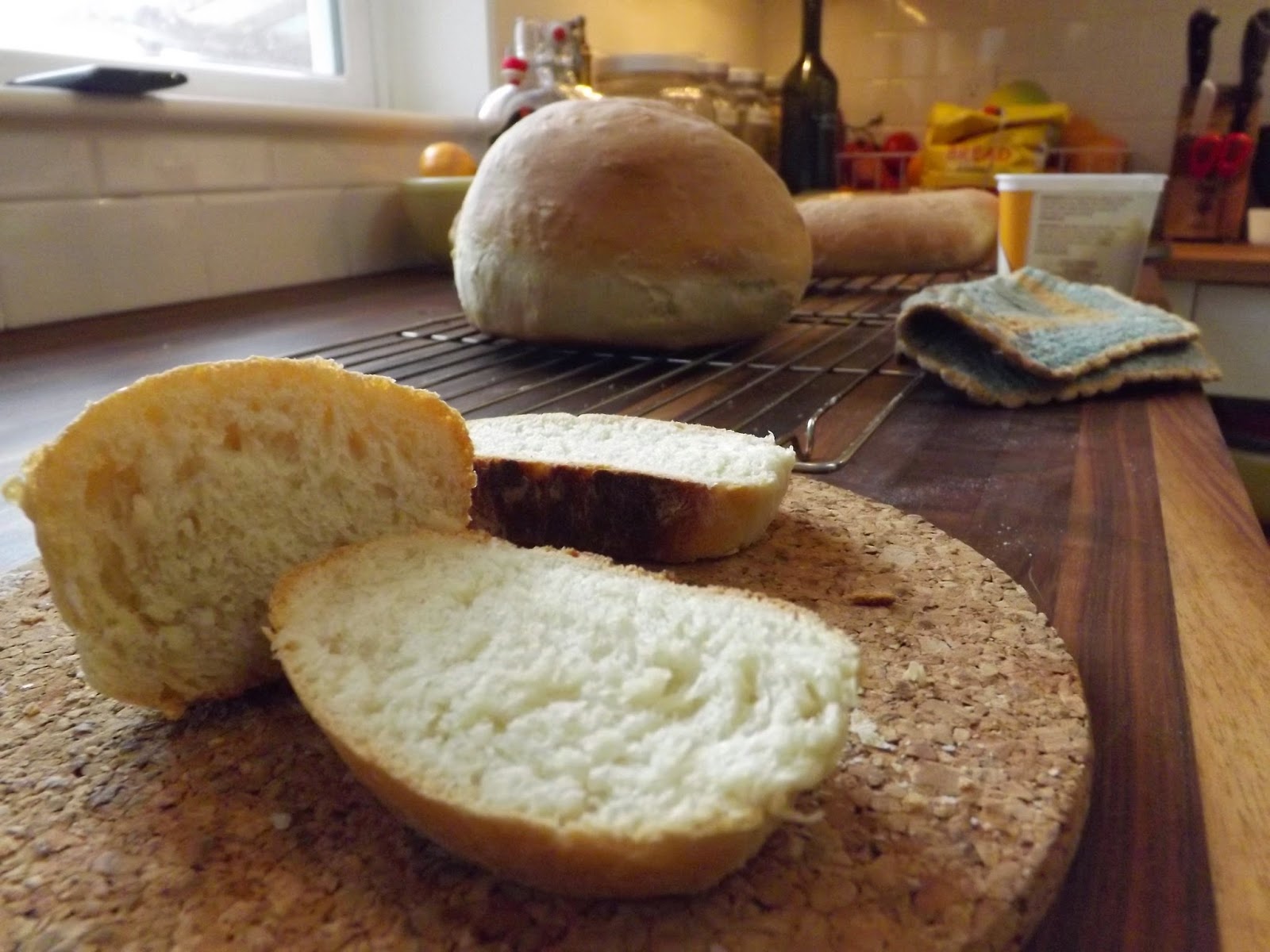 At my grandparents' house, there was always homemade everything. Except for, as I recall, salad dressing, individual bottles of which lived in Grandma's fridge for years, perhaps because it was modern and therefore she believed it had an indefinite shelf life.

I was a Mennonite kid. I think I've written about this before, but it was a while ago. Not Old Order, and fairly liberal as far as appearances go (my parents would have definitely passed for hippies, in fact), but the religion and the patriarchy and the food were well entrenched and something about which many posts could be written.

But this post is about bread. Both my Grandma and my Grammy baked heavenly things, but my Grandma's bread was distinctive. It was usually brown bread, with an even, crackling crust (my favourite part), a light, small, and yet substantial crumb, and it smelled like nothing else does. With butter and bean-soup-with-the-ham-bone-in or with Mennonite sausages and white gravy and vareniki it was soooo delicious.

And now I am a non-gluten-eating-vegetarian-homeschooling-mostly-pagan-married-to-a-gluten-eating-mostly-vegetarian-homeschooling-muslim. And this house still needs bread. We have a four-year-old who loves bread with grape jelly (crusts off), a ten-year-old who loves bread with honey, with Nutella, with oil and balsamic, with anything, really. I also have a husband who will sometimes eat a pre-dinner of bread with something. (That's Safiya below, swiping bread right in the middle of things.) 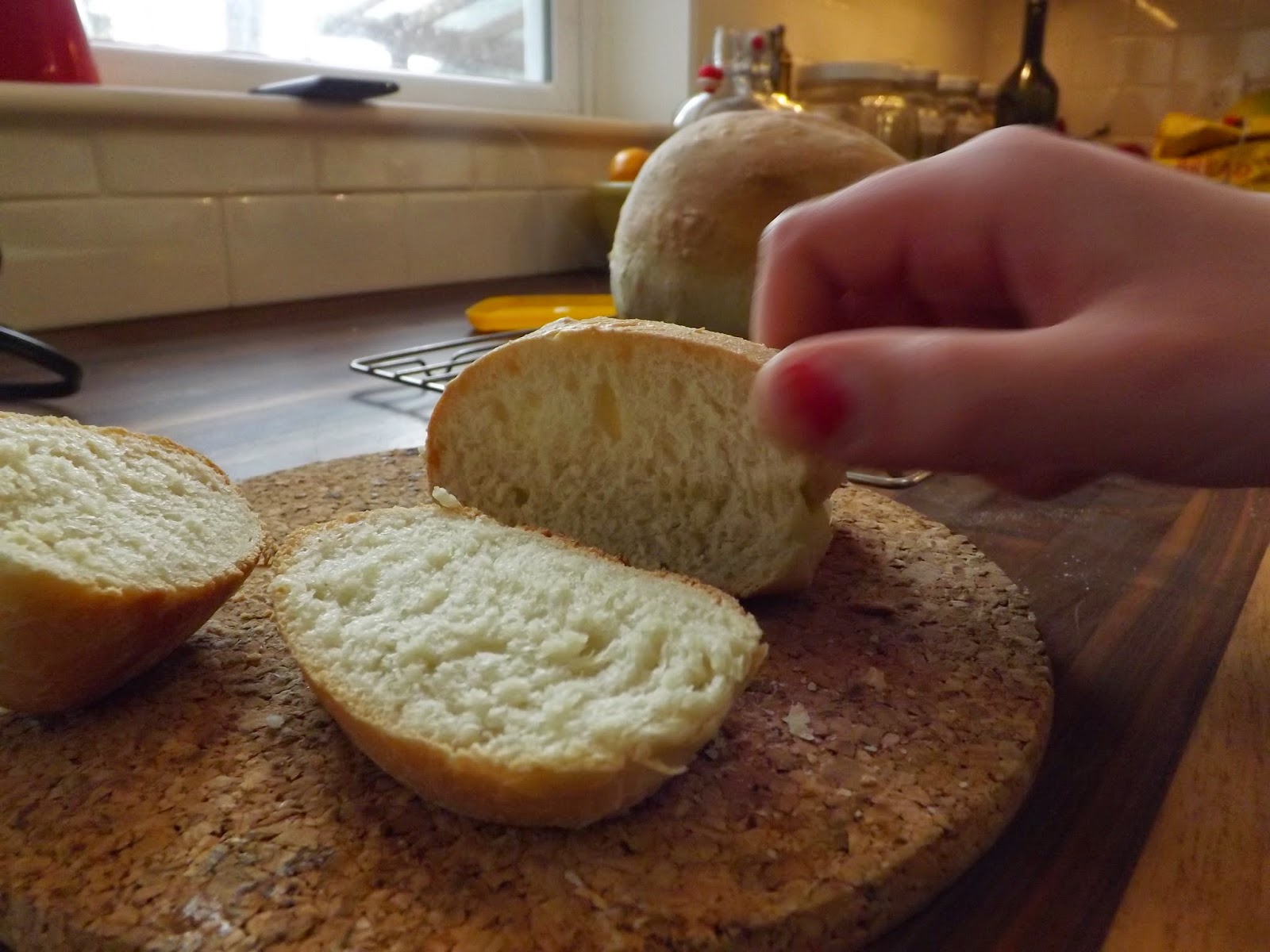 This past Solstice we celebrated a little differently. We had a candlelight (well, for as long as the boy would tolerate candlelight - not one to be swayed by the gentle beauty of things - pragmatic, that boy) dinner of butternut squash soup and bread that Mr. S. baked with the kids.

'Cause I was a smart cookie. I married someone who could bake bread. From scratch, no recipe.

They shaped it into a sun. It looked more like a spider. There are very few ways, none really, in which you can do a spider tie-in for Solstice, so we ate our delicious spider/sun heedless of the imagery difficulties and celebrated the longest night. 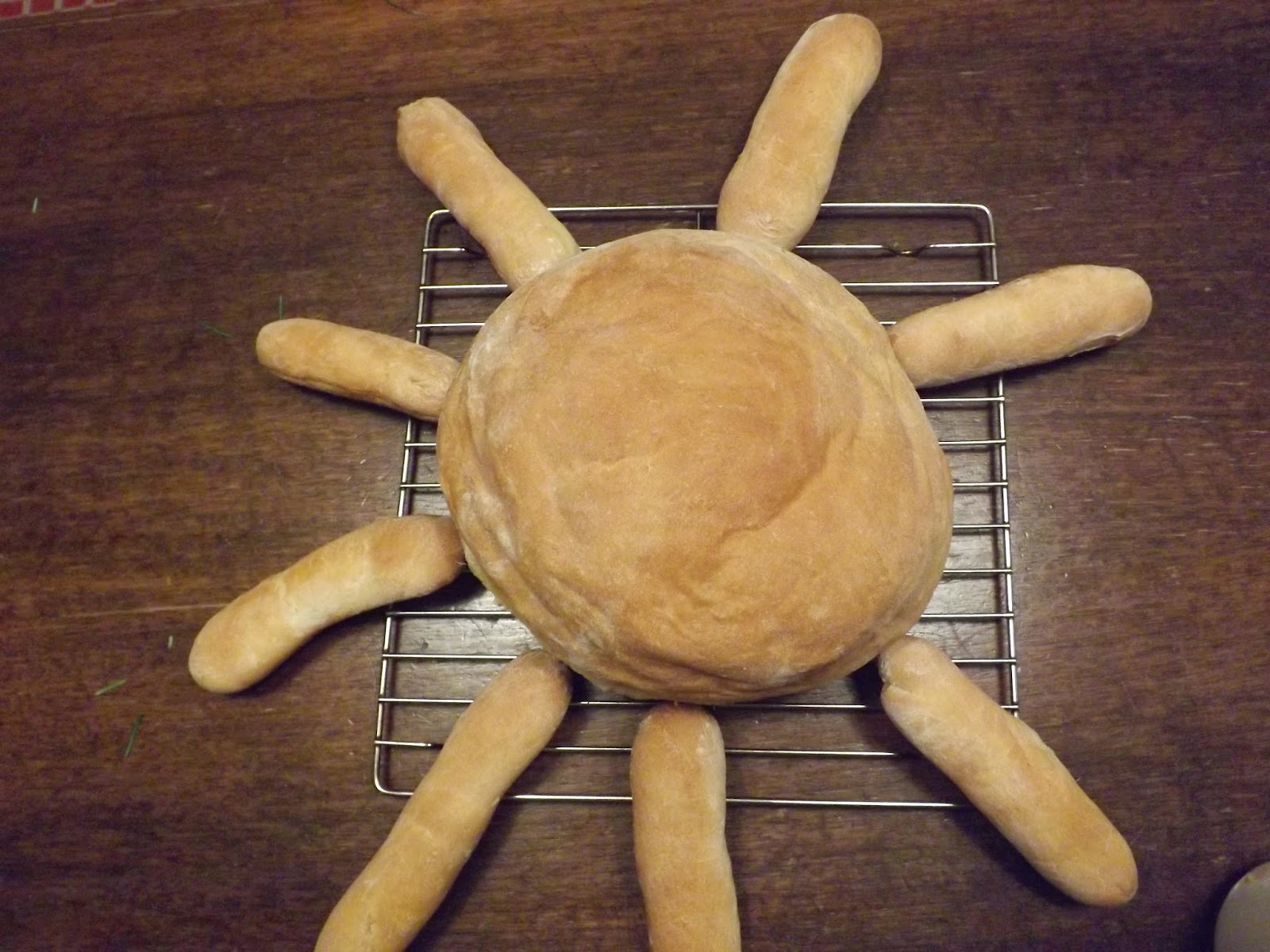 And then we ran out of our usual store bought loaf. So Mr. S. just kept making bread. He switched to a Julia Child recipe which so far has been absolutely reliable and gives a jam-and-butter sandwich type of loaf instead of a country loaf. One of which is sitting in the cupboard right now out of the reach of the cats (we have weird bread-stalking cats).

It's been a fair number of weeks now, and we know how long a batch will last, and how disappointing store-bought bread can be. We have learned, I think, that it is worth it.

A lot of things can be shed or transformed in a life but not, I think, our daily bread.