The Raveled Sleave of Care

The boy has fallen asleep.  It's now a little past three thirty in the afternoon.  Up at five this morning, his little three-and-a-half-year-old self gave up in a flurry of tears over a broken airplane and a very brief nurse. 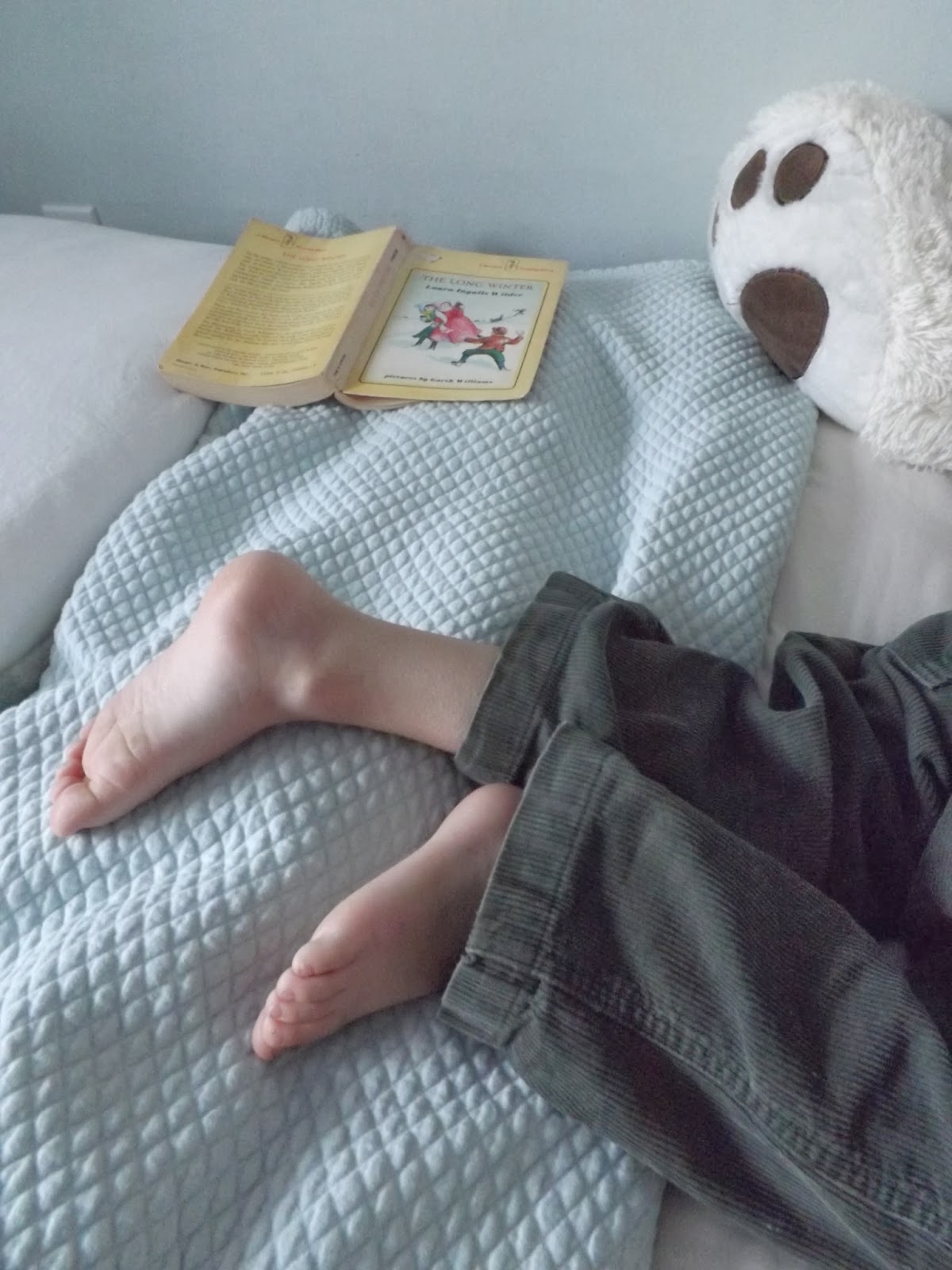 I'm trying to at least get him to have some kind of segue; to ask, "Mama, are you awake yet?"  This seems the more appropriate thing to say to the person slumbering next to you in the wee hours of the morning.  It's also more likely to coax something from me other than "That's nice."

So, as this in-the-middle-of-the-night morning began, he suddenly remembered what was more likely to get a response from me:

(quietly and very close to my face) "Mama, are you awake yet?"

"Zinadine, it's not morning yet; it's the middle of the night.  It's very hard for me to get up right now."

(pause) "Don't worry, Mama," (he gently pats my arm in a reassuring manner with his tiny hand) "it's easy.  You just get up.  Like this!"

He stands up in the middle of the bed.

I never imagined that my life would be measured by someone else's sleep.  But this boy has managed it almost from the beginning.  Rest assured (ha!) we never expected our newly born boy to sleep.  We accepted this jokingly, unbegrudgingly.  This was our second-born, after all, and until she weaned herself at three-and-a-half-ish, his sister never fully slept through the night either.  So we thought we knew.

A couple of months in, we were cautiously surprised to find that he was sleeping almost five hours at a time.  And then, between nine months and a year (it's all a blur), he decided that was enough and proceeded to never sleep again.  At least, that's what it felt like.  And nothing worked.  One year later, Mr. S. and I were adept at grimly smiling at well-meaning family members who helped with suggestions as best they could.  Sleeping arrangements, food, water, positioning: none of it had any impact.  "It will pass" became my mantra.  Two years later and I could probably count on one hand the number of times I had slept more than four hours at a time.  For a long stretch every two hours was the norm.  Almost three years later it's getting better and I've finally not-very-graciously admitted to myself that taking care of myself is actually an essential kind of thing, and that some days it's the only thing I have room for.

And yet, when waking, he is and always has been a delight.  A rambunctious, hilarious, growing, lovely little man.  It's what has kept us sane.  The daytime belied that there was anything seriously wrong.  The boy just didn't sleep.

So here we are, him sprawled out, toes curled like they don't care, pudgy pillow-squished cheek with a puddle of drool at the corner of his mouth, and me thinking that that looks like a little bit of heaven.  And wondering how, when you're so sleepy, it's even possible to laugh so hard.
at 00:13