Growing Into A New Year 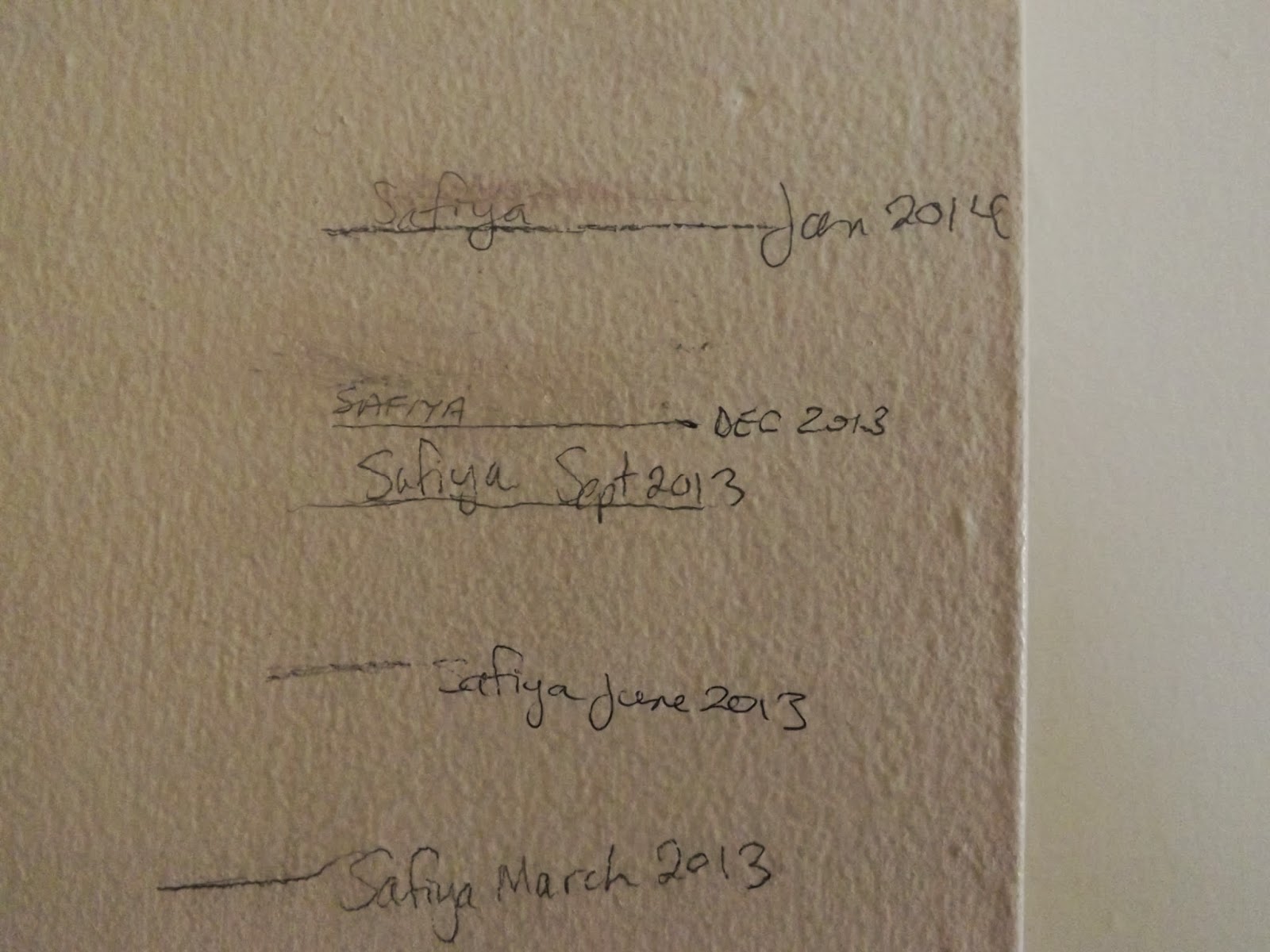 Everyone's growing.  With an almost-ten-year-old and an almost-four-year-old and two almost-forty-year-olds, it feels like this house is going to be doing a lot of growing all at once.  I don't know what's different about this year, about 2014.  For the first time I feel ready for it, like I'm not just trying to keep up.  That's seems like tempting fate.  (It's o.k. fate, I'm really not tempting you.  We go way back.  You should know that I'm not tempting you.  Seriously, don't you think I've earned it?  Um...o.k that feels like tempting fate again.  Moving on down the road...) 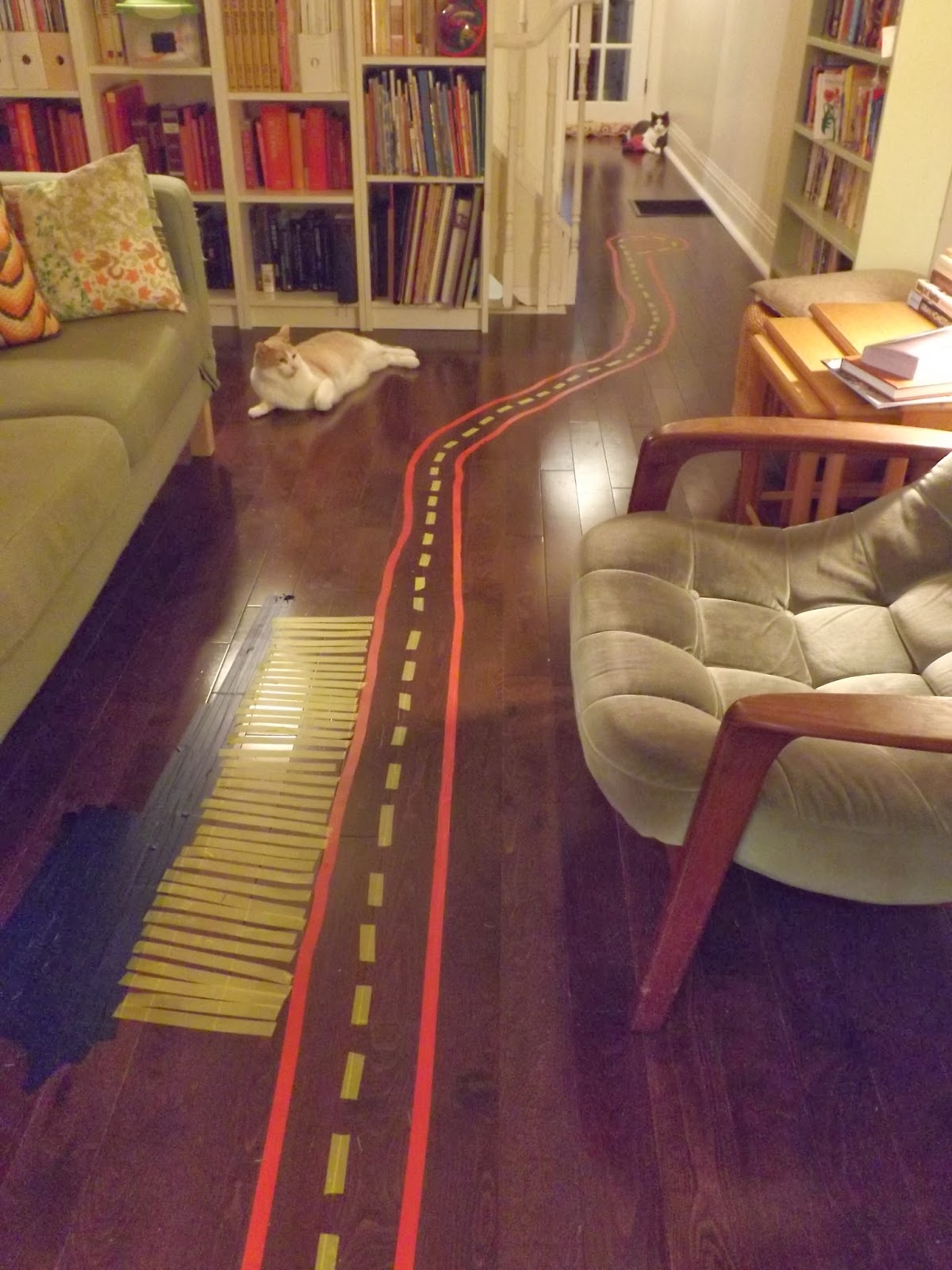 Down the electrical tape road :) The day before New Year's Eve the kids and I took out the Solstice Tree, cleaned the living room and spontaneously rearranged the furniture.  And installed a road.  And beach.  And lake.  The last evening of 2013 was spent following Zinadine around as he insisted we be a train, keep a fantastic playlist going on the laptop, do some silly dances and then play a slightly out-of-control and more-competitive-than-it-ought-to-have-been Frog Hoppers game.  After Zinadine finally fell asleep I think we watched Tangled, then we all went to bed.  At something like nine thirty.  Well, as of us except Safiya, who, in a fit of independence, insisted on staying up alone until well past midnight.  It was the alone part that she was tickled pink about, which Mr. S. and I thought was fantastic and brave. 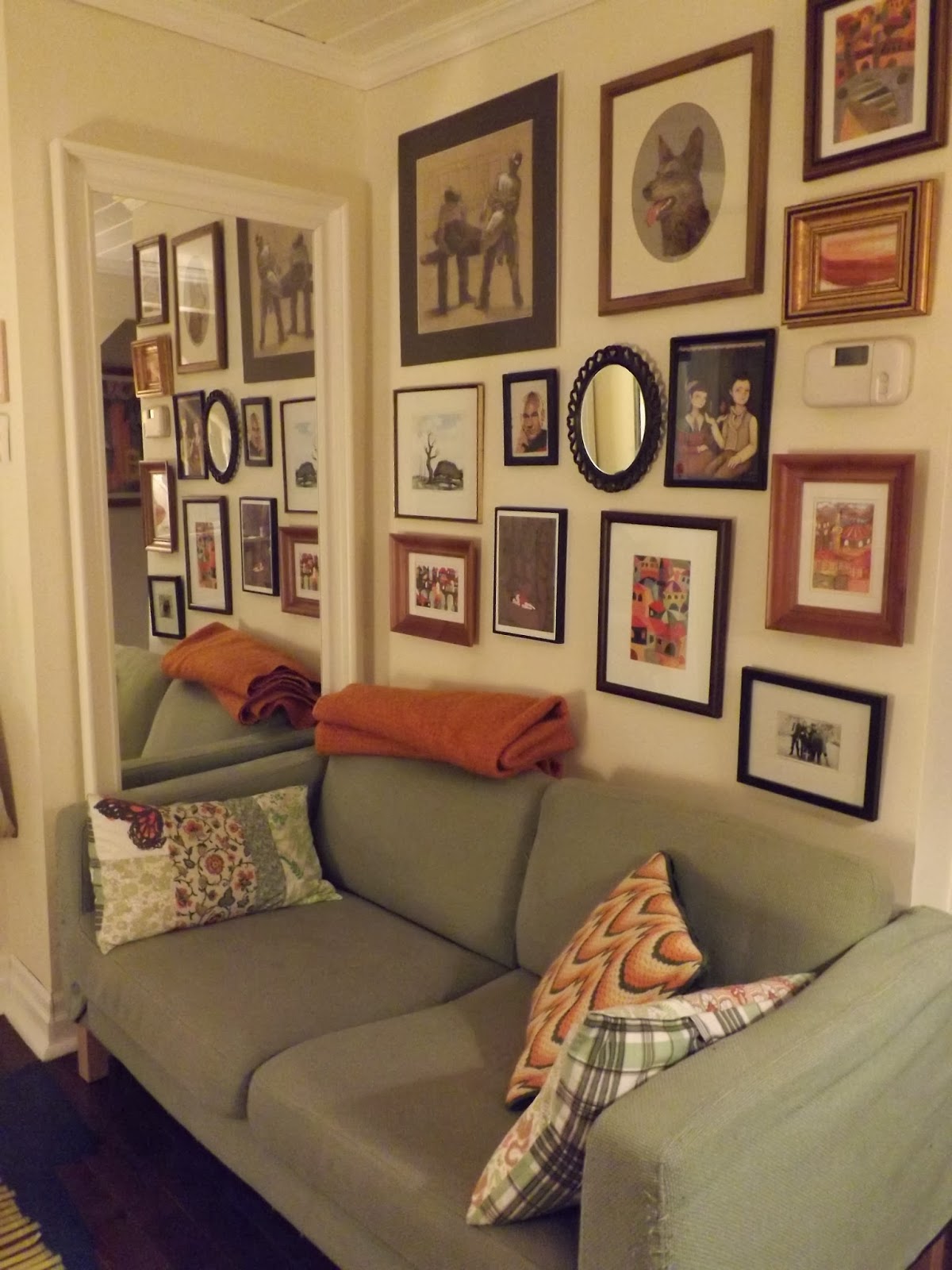 That's the other side of the living room.  I include it mostly as a public record that at some point our living room was a tidy and orderly place.  And also to note that that living room cleaning out started a chain reaction around the house of making more room, moving things, rejigging space for all this growing we're doing.

The next day was a morning of Mr. S's famous french toast, Safiya's project of making her own calendar, trying out growing lentil sprouts, and reading and lazing. 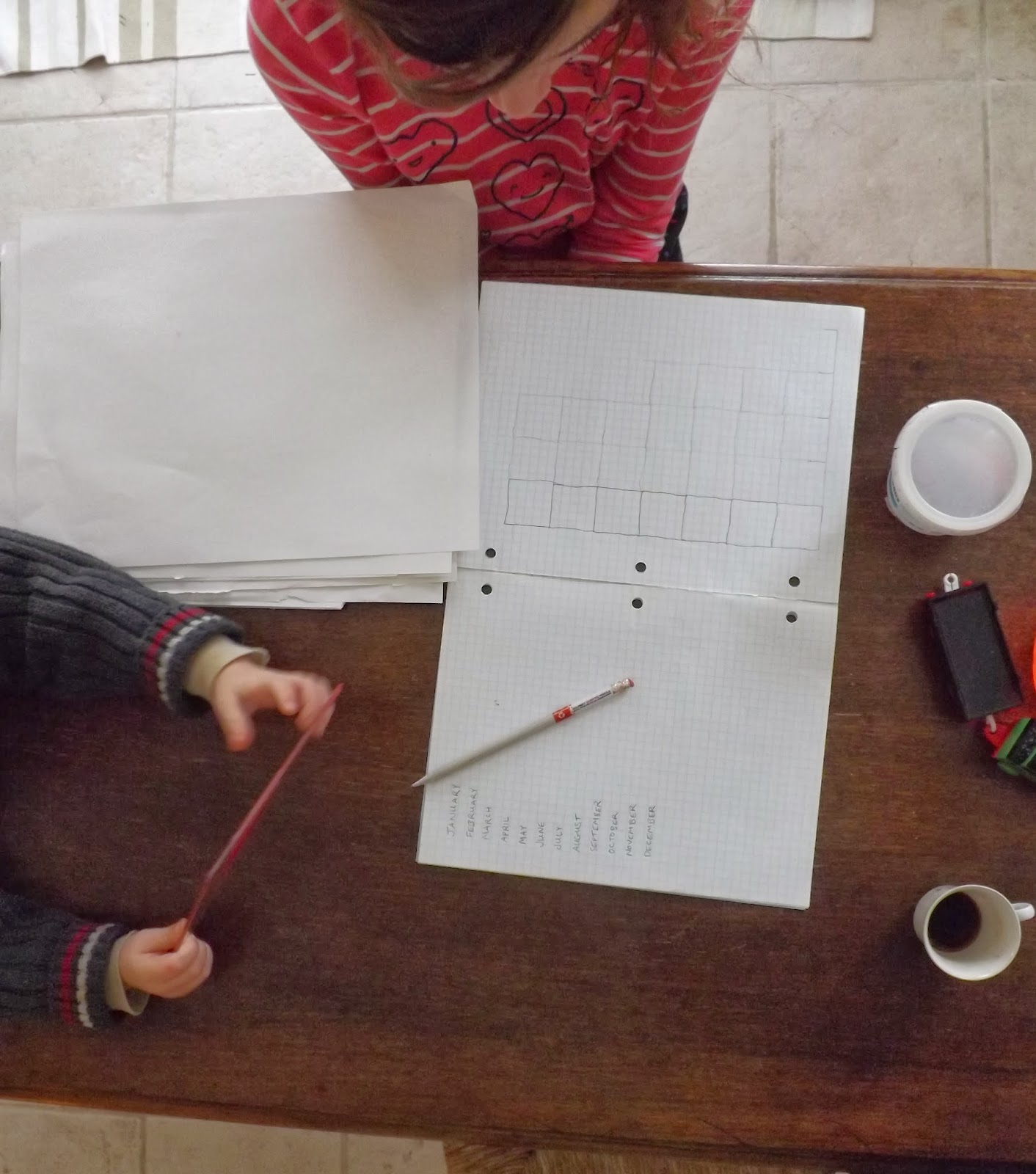 Then we went out tobogganing in the afternoon 'cause it seemed like the best strategy to keep the boy awake until evening.  We ended up with a spectacularly icy hill (thank you ice storm) which made for much ridiculousness trying to get back up, frozen toes, the threat of a bloody nose courtesy of Safiya, and a thrilled little boy who finally braved his first swoop ever down the toboggan hill.  And then pizza (with more ridiculousness) and then home and then comfort.

It was a good start to the year. It was silly and fun and happy and quiet and close and may your home bring you as much comfort for the whole rest of the year.  Happy (Belated) New Year!
at 22:52