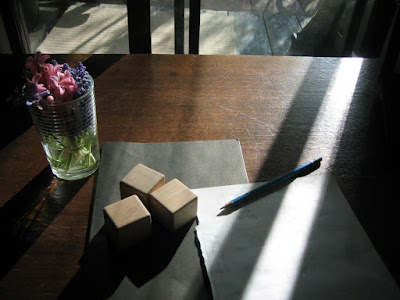 Once upon a time there was a friend of Safiya's named Ursa who liked to make up stories and who was having a seventh birthday.

Fortunately, Safiya's Mama was blessed with a solitary morning. This was because Safiya and Mr. S. had gone to proctor an exam at the university (it was Safiya's job to hand out the exams and remind everyone not to cheat). Safiya's Mama enjoyed her blissful morning by gathering up some supplies and leisurely crafting a birthday present for Ursa, having been inspired by some ideas for story dice that she saw posted on The Crafty Crow, by The Small Object, and by fo`ne`tic`lee speaking. It involved using her rather rusty drawing skills, but she approached the task with courage. 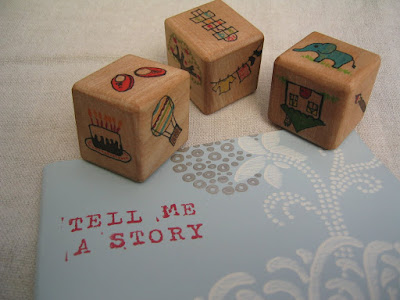 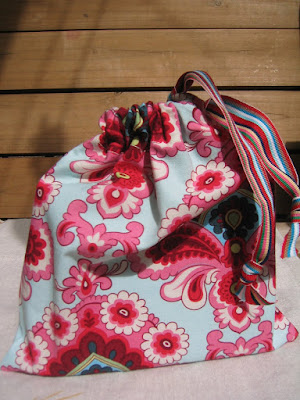 A little bag of endless story possibilities, just waiting to come out!
at 19:35

I have a little girl turning seven this year and she would be thrilled to receive such a present. I'm sure your daughter will be so excited to receive this!

i adore these, marnie!

those dice are super duper! i love your drawings!

Thank you for your support.

Really touchy story of Ursa. It is nice that safiya's mama has some pleasure time with her delighted morning by collecting up some supplies and leisurely crafting a birthday present. I am sure safiya will have great birthday.