"You know what?" I say, "Seeing people that I kind of know outside of the place I usually see them sometimes feels kind of awkward for me."

(audible sigh of relief from Safiya) "Me too!" 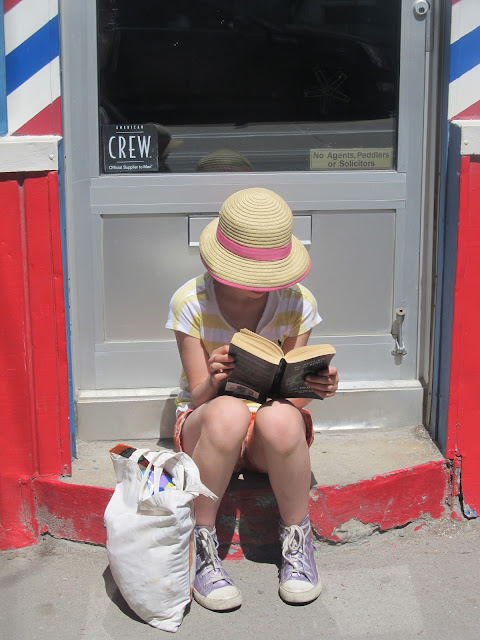 Yesterday we did lots of new things. We tried a new social thing, with mixed results, but we'll try it again to give it another chance. We found a new-to-us park, which was a resounding success because trains run fairly regularly by it, and Zinadine fairly shook with the excitement of it, little fists resonating his delight by his sides. 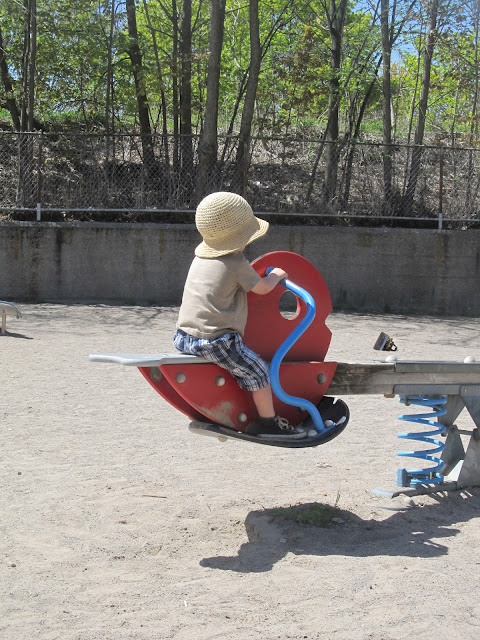 We took streetcars instead of walking the whole way, much to our relief when trying to boot it to karate class. And, we tried karate class on a different day, because Safiya's trying to add extra lessons. This resulted in her being shaken a little out of routine, and enabled her to to be more open to noticing something about another student in the class and she paid attention to this girl, which is a fairly big deal for her, and she reported it, all small-proud-like. I didn't know we were going to do all this when I woke up this morning. We just sort of went for it.


I'm trying little things, like small crafty things to keep my hands busy. New crochet stitches, braiding, small weaving. Easy pick up, easy put down, easy finish. Breaking routine by adding small things, like plant a few flowers instead overhauling the whole garden. Stopping for ice cream on the way to picking up said flowers on a hot spring day because that's a way to do the fun. Ice cream is always fun. Seriously, have you ever had un-fun ice cream? I think not.


But the fun on top of fun (this is getting ridiculous) is on the inside. Because of this practising shifting my thinking, I've come to treasure my own idea of fun. It's silly, but my past version of someone who is a fun person has always been someone else's version. You know, the person who gets invited to all the parties, the person who can be un-self-consciously silly. As an introvert, trying to be that person is a disastrous idea, and trying to hold yourself up to it is failure-ridden and stressful. However, if I try to think about inviting myself, perhaps myself as a small girl, to have fun, it would probably involve a lot of quiet reading, outside. Maybe with someone else who likes to read. And making things. And serious discussion about the world. And quite possibly some Star Trek. And probably lots of other stuff I haven't thought of yet.

Old boundaries of self. Walking over them is a awkward and uncomfortable at first, but probably way more fun. We'll see.
at 08:31