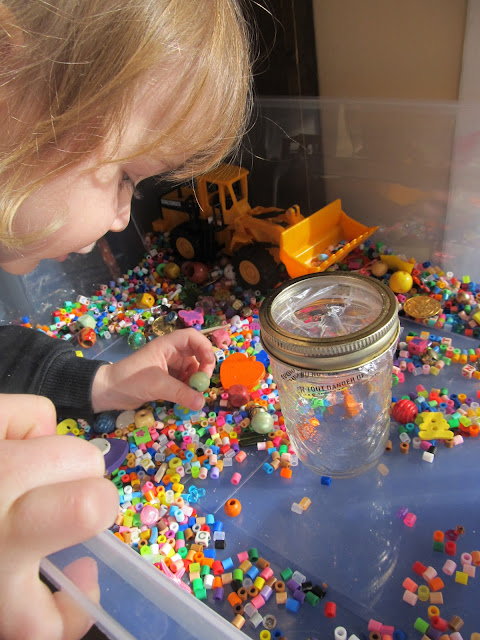 This is how our day started. With the smell of mashed potato pancakes and the sound of beads. I kept the Mighty Machines off (which is a feat in and of itself), put the box of beads in front of the patio door (on top of another box full of yarn) and that was how we ate breakfast. Well, Safiya was more civilised and ate at the kitchen table next to us, but close enough. 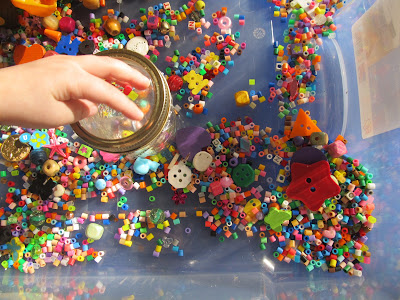 I didn't know that this box-of-stuff-that-kids-play-in is called a "sensory table", which has led to all sorts of cool google searches and discoveries. We have plans to expand in the playroom. Or rather, Safiya has plans :) So that I could have a quick shower, I threw Safiya some duct tape and toilet paper rolls and when I got out they were still at it: 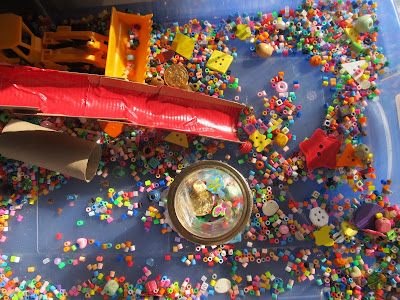 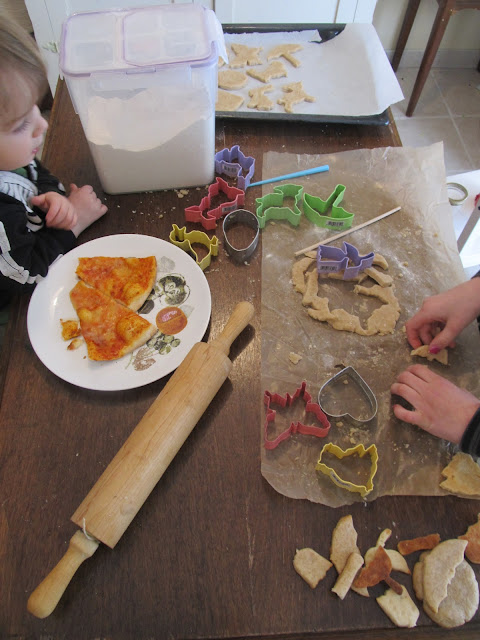 She makes, he eats. I found decapitated bunnies all over the house later, because really, why finish a cookie when you can just get your next bite from a new and exciting fresh one? Safiya is intent on bringing a whole bunch of baked goods to my Mom's for Easter, so we're freezing these ahead. The shapes make me smile, and I'm glad we found them. I'm just discovering that cookies in fun shapes taste better. It's true. 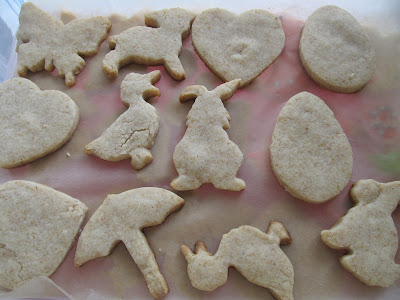 So beads, cookies, some phone calls, a hurried lunch, and then off to my dentist appointment. Zinadine fell asleep on the subway, so I had to carry him (snow + 40-odd-lbs of sleeping boy = realisation of age) and half-way across the cross-walk on a busy street he woke up suddenly and said  "My boot!" We went back to retrieve said boot, and finally made it to the dentist.

Boots and snow. Because after the morning sunshine this is what our second day of spring looked like: 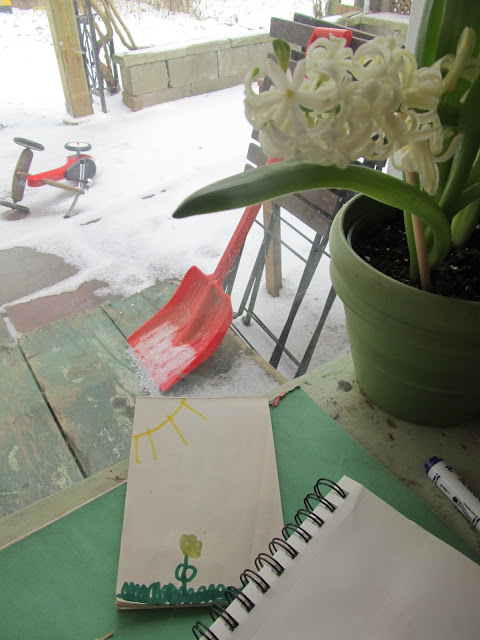 I like the hopeful picture left by one of Safiya's friends. So, boots, snow, dentist (I love going to the dentist because I can't possibly be doing anything else at the time, although my dentist likes to regale people with the story of the time I was getting my teeth cleaned, breastfeeding an unhappy Zinadine, and helping Safiya spell something, all. at the. same. time! :) The dental hygienist was quite happy to have Safiya around to chat with.

Mr. S. met us there after work, we trekked back home as even more snow came blowing down, split up to do banking and pick up Ethiopian food (Mr. S. and Safiya), and start to clean the house (me and Zinadine. well, just me, really). And then the day petered out with dinner, dishes, discussion, bath, and people getting delirious with non-sleep (all of us). And now it's late and everyone's asleep except me, so off I go...

I don't often do a "day-in-the-life-of" but today seemed just like the right day, so there you go. Happy Second Day of Spring!
at 22:41