Mending Mondays: Evolution of a Patch

Remember the yelling hole in the pair of cords that I was working on patching? Well, two weeks ago I finished it, with little ado but a lot of satisfaction. So, using the tutorial that I posted worked fantasticly (is that a word?), although when it states "most pants have extra fabric that you can steal from to make a patch to match" (maybe that's another tutorial I'm thinking of - I vetted a lot of patching tutorials, you know :-) this is not true of factory made pants made by say, G*P (that's a swear word around here). They are stingy! I had to steal that little extra front pocket that I only ever use for tampons, and since these are destined for a guy friend, I doubt he'll miss it.... 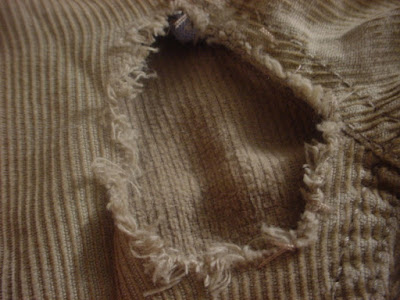 1. Inside reinforcing patch (just used a scrap of mine) to prevent further tearing, pinned, seen from the wrong side (the inside of the pants): 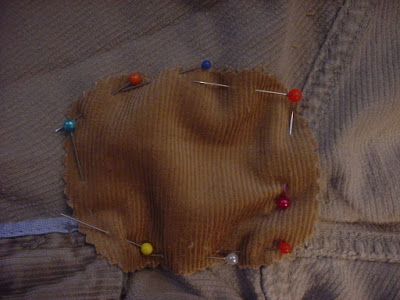 2. Seen from the right side: 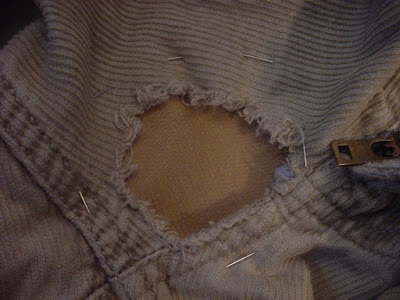 3. I basted it on the right side so that I could see where I was going, and knew to stay on the inside of the pins: 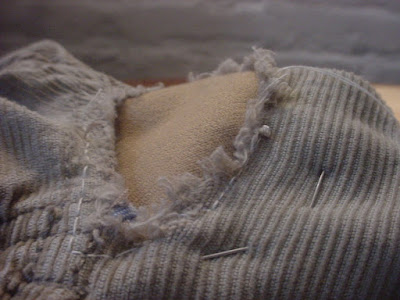 4. Basted patch, seen from the wrong side: 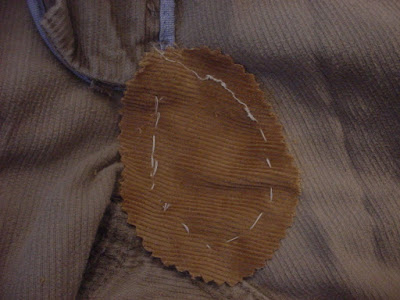 5. I zigzagged around the edges of the patch: 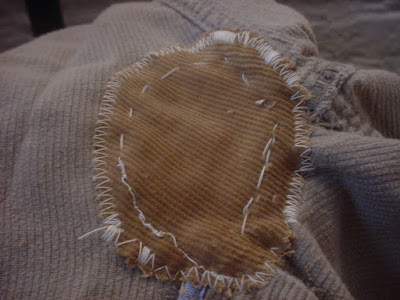 6. Seen here from the right side of the pants: 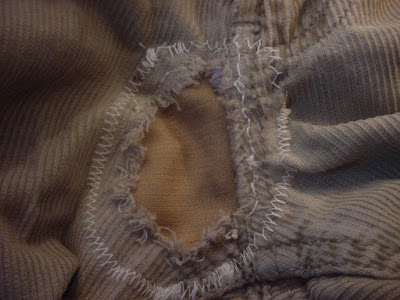 7. And then, on the right side of the pants, zigzagged the edges of the hole (I know, this is getting really ugly): 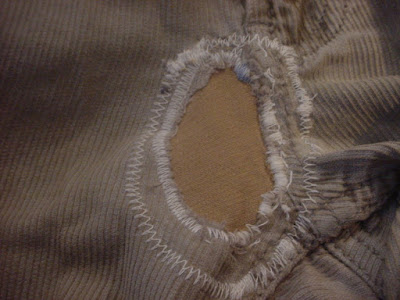 8. So, the inside reinforcing patch is done. Now, made a matching patch from that little pocket and sewed it on the outside. Now, ideally, you'd have enough fabric to turn in the edges better and be picky about whether the patch itself was already a little worn, but whatever: 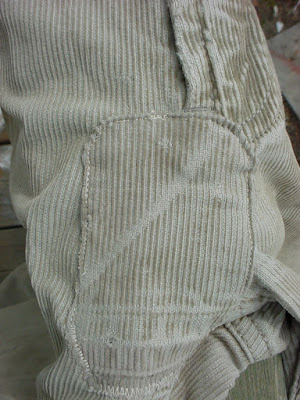 Ta-da! Considering that he said not to be to picky 'cause they're just hanging around pants, but they're his favourite, I say "not bad!" and pat myself on the back. 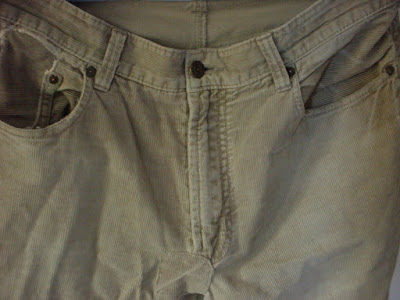 It's a crazy number of pictures for such a little thing, but I went a step further than the other tutorial by adding an outside patch as well. I think it's a really effective, thorough way of repairing clothes, and I fully intend to keep doing it this way. Also, I have to teach Safiya how to do this, 'cause she's just taken a pair of scissors to her newest jeans that she got from Granny. When I asked her about it, she said, "That's o.k.! We can just patch them!" Ha!
at 09:00