A Long Week for a Little Person

You know it's been a long week when you think it's perfectly reasonable to try on a pair of but-they-have-such-a-nice-sheen gold pants at the thrift store. You look at the mirror thinking, "I could wear a long sweater over them." Then you ruefully realise that no sweater, no matter how long, would be able to hide the expression on your face that comes with the knowledge that you are wilfully walking around on gold-encased sausage legs.

Instead I came home with this: 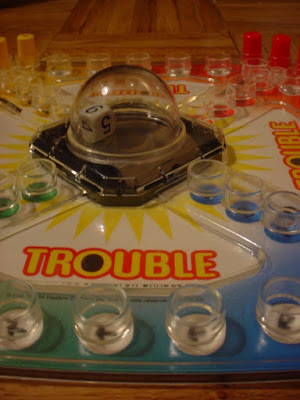 Seemed appropriate, and all three of us had a riot this evening, especially when it degenerated into the four-year-old version.

Safiya had had an infection this week, one that landed her in the hospital for IV antibiotics, so it was good to see her giddy and energetic and just silly. She slid into this sickness over the course of a week-and-a-half (which culminated in four days of high fever), so it wasn't until the antibiotics kicked in this past Wednesday morning that I realised just how un-Safiya-like her behaviour had been for the last little while. Poor honey.

She had the IV not because it was an advanced infection, but because it was a weird bacteria that had got into her urine. So, a UTI ("not uncommon in little girls", the doctors kept saying...and I'm sure that, when she's older, Safiya will really appreciate me writing about this....) But to me, I mean, isn't that one of your primary jobs as a parent? To make sure that poo stays away from everything? sigh.

She was awesome. Mr. S. was at attention, doting, and, as he will readily admit, a wreck (and I love him even more for it). I discovered that I am not a craft-in-moments-of-stress kind of person. I do not sit there and knit. I sit and watch. So I'll be pretty much useless in any craft emergency. I'll just sit there and watch all of you work away.

And I've also discovered that "saint" is actually an everyday kind of word. It is not reserved only for those who, with great courage and determination, rise to overcome seemingly insurmountable odds. It's not so much the circumstances, it's the action that counts. Does that make sense? They are those who call because they're concerned, who don't bat an eye when you have to reneg on a commitment, who relay the awesome gifts their kids have made for their friend who is hurting: 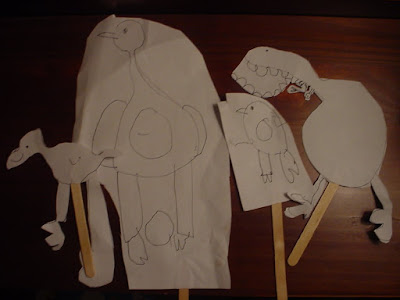 and who bring to the hospital their welcome company and (as if it's a normal thing to do) ridiculous things like sushi dinner, homemade cinnamon buns, and this: 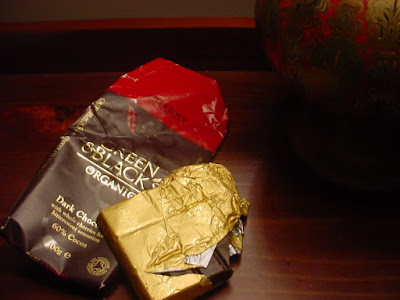 You know who you are.

Now when can the sicky come out to play?

Oh my goodness, poor Safiya, poor you. Hope you are both well recovered now.